As the Iraqi government bolstered Baghdad’s defenses today, the Islamic militant group that captured two major cities last week posted graphic photos that appeared to show its fighters massacring dozens of captured Iraqi soldiers. The grisly images could further sharpen sectarian tensions as hundreds of Shiites heed a call from their most revered spiritual leader to take up arms against the Sunni militants who have swept across the north. ISIL has vowed to take the battle to Baghdad and cities farther south housing revered Shiite shrines.

This is the fate that awaits the Shiites sent by Nouri to fight the Sunnis.

A caption of a photo uploaded to a militant website

A car bomb meanwhile exploded in central Baghdad, killing 10 and wounding 21, according to police and hospital officials. Baghdad has seen an escalation in suicide and car bombings in recent months, mostly targeting Shiite neighborhoods or security forces. While the city of 7 million is not in any immediate danger of falling into the hands of the militants, Sunday’s bombing could raise tensions. 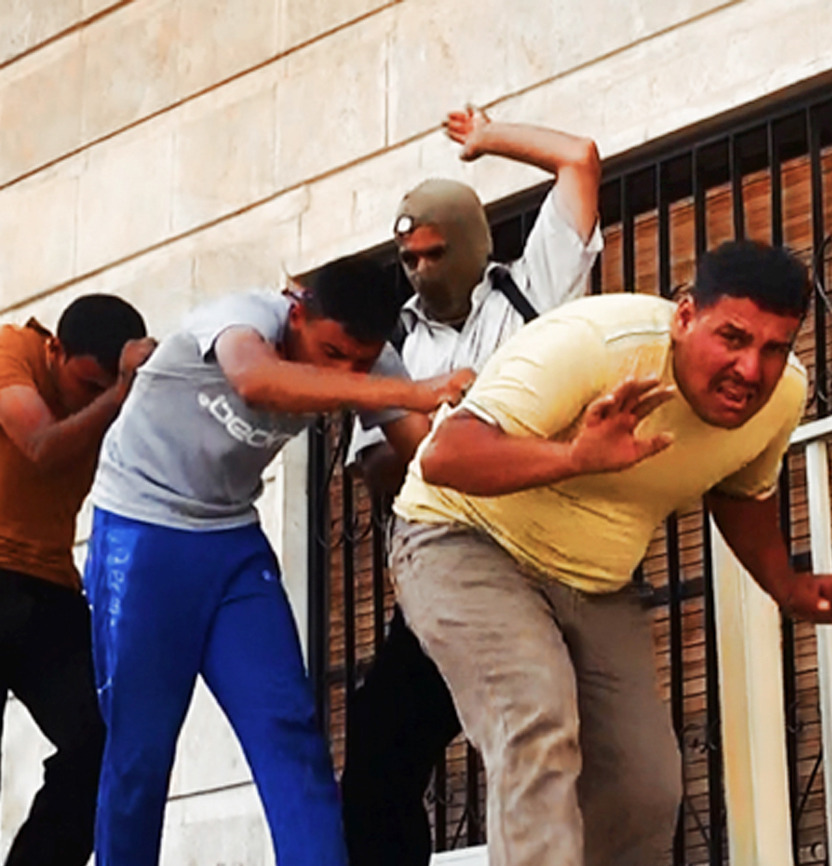