Doctors say a worsening health crisis in East Timor is causing hundreds of preventable deaths, including those of many children. Malnutrition rates in East Timor are some of the worst in the world outside Africa. Diseases such as leprosy, tuberculosis, heart failure, severe malnutrition and infant diarrhoea are common and widespread. American doctor Dan Murphy moved to the country 16 years ago and is the medical director of Bairo Pite clinic. Speaking to ABC, Dr Murphy said people don’t have access to anything near adequate healthcare and in every category in health, their numbers are worse than most of South East Asia.

Despite these dismal figures and their lack of facilities, Australia’s foreign aid budget to East Timor was reduced from around $112 million last financial year to around $96 million this year, a $15 million cut. World Vision CEO Tim Costello says his organisation had planned to begin a new million-dollar nutrition and child health program in East Timor in January next year, but the NGO had a $7 million cut from its funding in May and the program had to be shelved. In recent years, proceeds from oil and gas means there is more money in East Timor, but according to the United Nations, two-thirds of the population still lives in poverty.

When we are cutting [funds] in a place like East Timor it’s a very bad message. After all, Australia is still the second wealthiest country in the world on a per capita median basis. 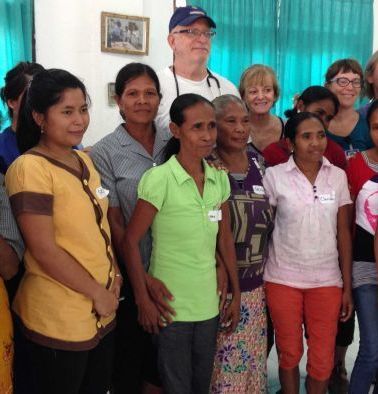