The Ebola virus epidemic in Guinea, Sierra Leona and Liberia is “out of control,” says medical charity Doctors without Borders. There have been 350 deaths since the epidemic began in Guinea’s capital, Conakry, in February, according to World Health Organisation (WHO). It is the deadliest outbreak since Ebola first emerged in 1976.

The epidemic is out of control … There is a real risk of it spreading to other areas.

Marc Poncine, emergency co-ordinator for Doctors without Borders in Conakry, said several factors are complicating efforts to control the current outbreak: Part of the population doesn’t believe that Ebola exists as a contagious illness caused by a virus. People also have more confidence in traditional practitioners than the health system. The highest risk of infection occurs when a person dies — at funerals, people prepare the corpse and mourners also touch the body, increasing the risk of contamination.

In most traditional areas, people do not strongly believe that the virus does exist. They believe this whole sickness is caused by evil spirits. 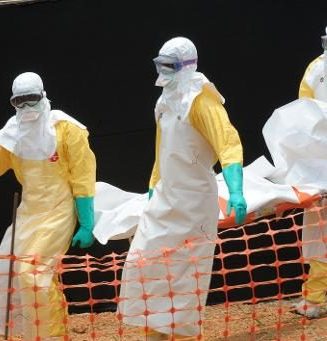