Neymar fulfilled Brazil’s expectations to score twice in a 4-1 destruction of Cameroon on Monday. The 22-year-old Neymar rose to the occasion with two precise low shots in the first half either side of Cameroon’s goal. His first, fittingly, was the 100th of a high-scoring tournament in what was Brazil’s 100th World Cup game. Fred added a third and Fernandinho a fourth in the second half, giving the hosts a 4-1 victory, top spot in Group A and the reward of facing Chile in Belo Horizonte on Saturday.

The team has got back that spirit that we used to have.

In the other Group A game, Mexico beat Croatia 3-1 to win second spot and a last-16 game against the Dutch on Sunday. Rafael Marquez, Andres Guardado and Javier Hernandez scored the Mexican goals in the second half. The Netherlands continued their outstanding start with a third win, 2-0 against Chile. Substitute Leroy Fer thumped home a close-range header in the 77th minute. Then another replacement, Memphis Depay, made it two in stoppage time after Arjen Robben broke down the left. In the other Group B game, homeward-bound Spain beat Australia 3-0 win thanks to goals from David Villa, Fernando Torres and Juan Mata.

This is not where we want to stop. 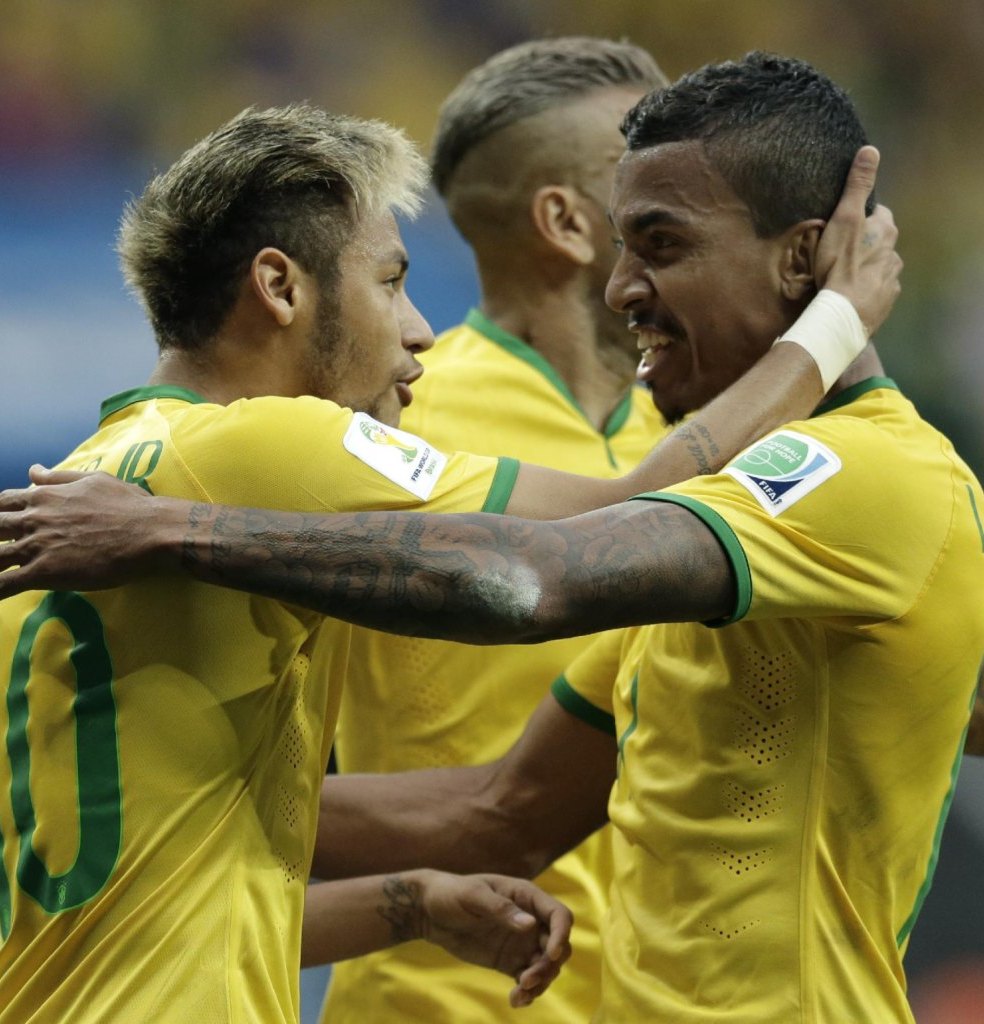