Italian police have released startling new video showing the interior of the sunken liner Costa Concordia. The eerie footage shot by police divers shows broken metalwork, staircases, corridors, possessions and furniture. Its release comes as salvage experts prepare to tow the liner away to be broken up. It will be refloated in ten days. The Costa Concordia hit a reef off the island of Giglio in January 2012 and capsized.

Following installation of the last sponson, we can start the countdown to refloating and final departure of the wreck.

Some 32 of the 4,200 people on board were killed and the captain, Francesco Schettino, is on trial on charges including manslaughter. Last September engineers righted the 114,500-tonne vessel and have been attaching huge tanks to the sides to float it off the reef. Once it is ready it will be taken to operator Costa Crociere’s home port of Genoa, a five-day trip, to be dismantled for scrap. Further details of the Concordia removal operation, the largest of its kind in maritime history, are expected in the next few days.

We want all the dismantling… to happen publicly and in the light of day and, above all, choosing the solutions with the fewest environmental risks. 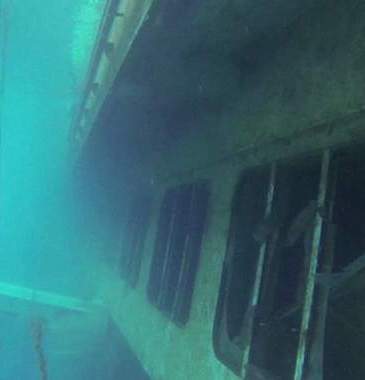