A police officer in Wisconsin, America, has come up with an unusual way to connect with youngsters in his precinct - by trading in his patrol car for a skateboard. Joel Zwicky said: “It’s been decades of bad blood between skateboarders and police and it’s not going to get fixed overnight.” But he added his new mode of transport around Green Bay often sparks conversation with children.

We patrol by Segway and bike, but you can’t bring those in your squad car. With my board I can just bring it and go. Other than riding on grass, I think it beats bikes every time. My hands are free. If I need to stop I can just pick it up and take it with me into my car or into a building.

That’s even if they just ask, he said: “Are you for real?” Now Mr Zwicky is calling on others to do the same. Mr Zwicky spends part of his day patrolling skate parks and green parks in between his main duties. The effort caught the attention of Dustin Patrick, a longboarder. “I recognised him off of Facebook and I’m like, ‘I gotta stop and get a picture with dude,’” he said.

I would love it if other agencies would catch onto this, and see just what an impact this can make with the kids in their community. 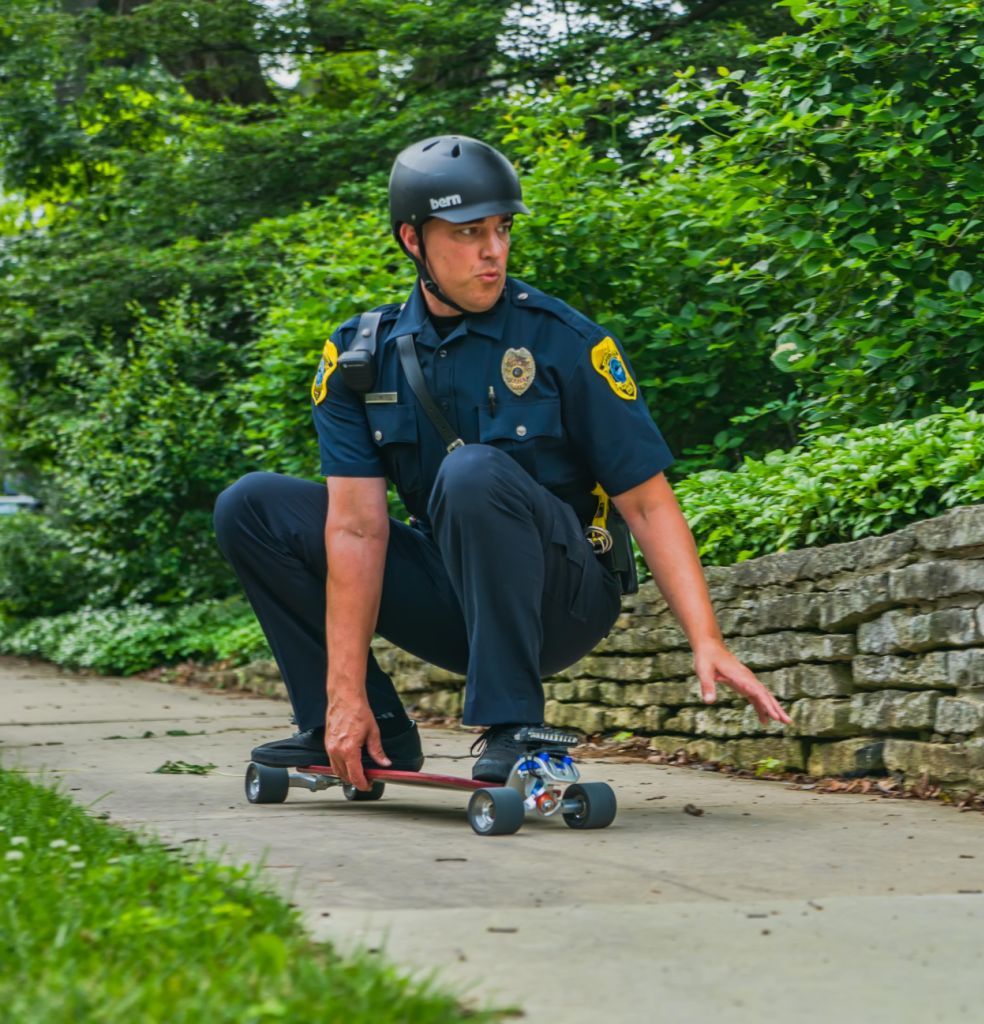