Egypt defends itself at U.N. amid outcry over jailing of journalists

Egypt defended its judicial system at the United Nations on Wednesday amid a global outcry over the jailing of Al-Jazeera journalists. It told diplomats and reporters that it respects the role of the media and does not consider journalism a crime. Australian Peter Greste; Canadian-Egyptian national Mohamed Fahmy, Cairo bureau chief of Al-Jazeera English; and Egyptian producer Baher Mohamed were jailed on Monday for seven years. Greste said he was “devastated and outraged” by the verdict, and argued that the case was about silencing critical voices.

The verdict confirms that our trial was never simply about the charges against us. It has been an attempt to use the court to intimidate and silence critical voices in the media. That is why I know that our freedom, and more importantly the freedom of Egypt’s press, will never come without noisy, sustained pressure from individuals, human rights groups, governments and anyone who [understands] the fundamental importance of a free press to Egypt’s fledgling democracy.

All three denied the charge of working with the now banned Muslim Brotherhood. The cases sparked global outrage, and the United States has called for the “chilling, draconian sentences” to be reversed. Newly elected Egyptian President Abdel Fattah al-Sisi said on Tuesday he would not interfere with judicial verdicts. 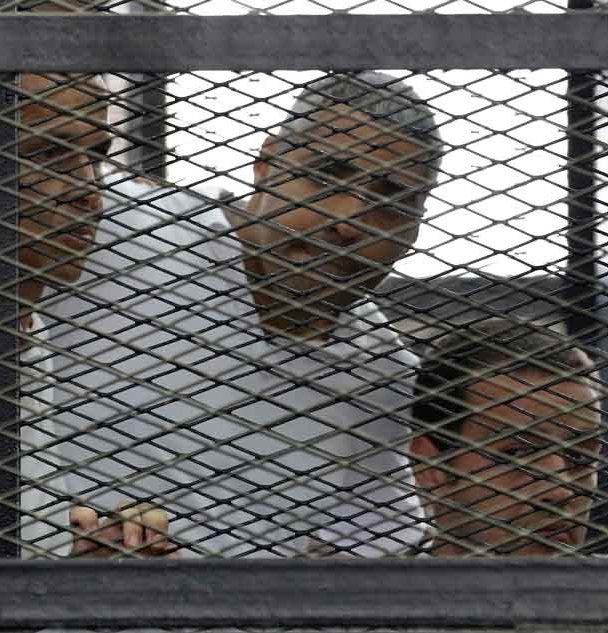