British pop legend Elton John called for a boycott of Dolce and Gabbana after one of the designers behind the Italian fashion label condemned IVF babies as “synthetic.” The 67-year-old singer-songwriter married his long-term partner, David Furnish, in December in a star-studded ceremony attended by their two sons, 4-year-old Zachary and 2-year-old Elijah, born via a surrogacy arrangement. John attacked Domenico Dolce for his “archaic thinking.”

How dare you refer to my beautiful children as ‘synthetic’. And shame on you for wagging your judgemental little fingers at IVF - a miracle that has allowed legions of loving people, both straight and gay, to fulfil their dream of having children.

John was responding to an interview that Dolce — a practicing Catholic who was for many years in a relationship with his business partner, Stefano Gabbana — gave to Italy’s Panorama magazine. ”You are born, and you have a father and a mother,” the designer said. ”Or at least that’s the way it should be, and that’s why I’m not convinced by children from chemistry, synthetic babies, uteruses for rent, semen chosen from a catalog.”

Your archaic thinking is out of step with the times, just like your fashions. I shall never wear Dolce and Gabbana ever again. #BoycottDolceGabbana. 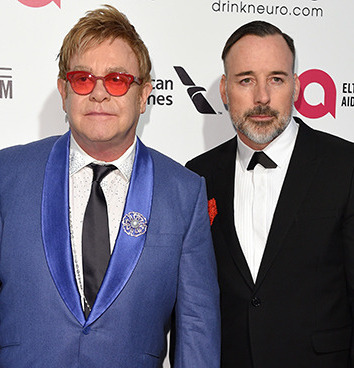