As aid workers arrived Monday at the tiny nation off the Australian coast, they described conditions in Vanuatu as among the most challenging they have ever faced. President Baldwin Lonsdale, who blamed climate change for worsening the devastation, said the need for help was “immediate.” Super Tropical Cyclone Pam tore through the impoverished country of 260,000 Friday night, packing winds of up to 185 miles an hour. Relief teams in the capital, Port Vila, said there was no simple way to distribute desperately needed supplies across the archipelago’s 80 islands, warning it would take days to reach remote villages flattened by the monster storm. The official death toll in Port Vila stands at six with more than 30 injured, although experts believe this is likely a small fraction of the fatalities.

This is a very devastating cyclone in Vanuatu. I term it as a monster, a monster. It’s a setback for the government and for the people of Vanuatu. After all the development that has taken place, all this development has been wiped out.

CARE International spokesman Tom Perry said flying into the capital, where up to 90 percent of homes have been damaged, was “startling.” Tom Skirrow, Save the Children’s Vanuatu country director, said 15,000 people were homeless in Port Vila alone, and flights over some of the South Pacific nation’s remote islands had confirmed widespread destruction. The U.N. had unconfirmed reports that the cyclone had killed 44 people in one province alone. Two Australian air force planes landed with food, shelter and medicine, while a New Zealand military aircraft also arrived loaded with tarpaulins, water containers, chainsaw packs and generators. New Zealand also flew supplies to the Pacific island of Tuvalu, where Prime Minister Enele Sopoaga said 45 percent of the 11,000 population had been displaced. Other islands, including the Solomon Islands and Kiribati, were both battered by the storm, although not to the extent of their neighbor.

It’s been flattened, all that green is basically horizontal, trees are just kind of standing like broken toothpicks, it’s quite startling. … It’s hard to find a home that hasn’t been hit. 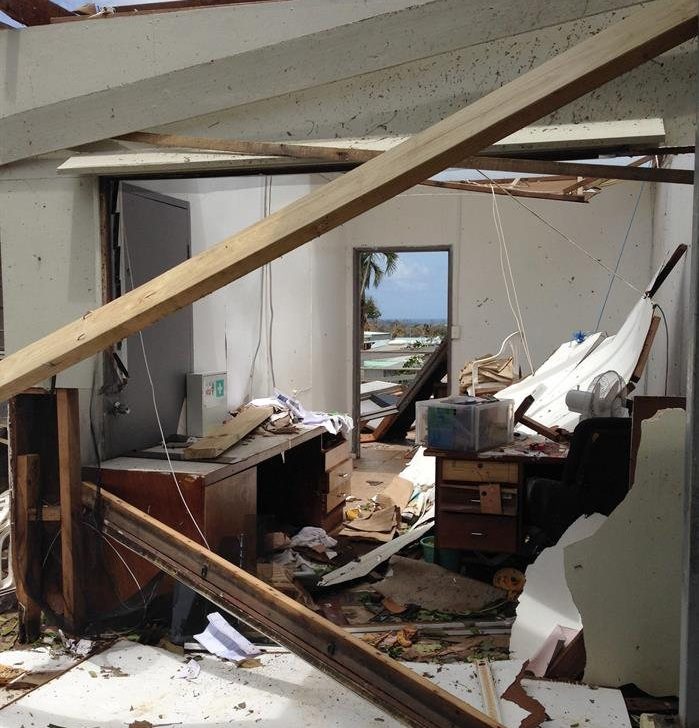