The final season of “Breaking Bad” proved a winner at the 66th Primetime Emmy Awards, with star Bryan Cranston winning again as best dramatic actor, and the show taking home best drama honours. Cranston won for the fourth time for his portrayal of meth kingpin Walter White, following earlier acting nods for supporting actors Aaron Paul and Anna Gunn. The show also won for best writing in a drama series. The show’s gains came at the expense of critically acclaimed “True Detective,” which won a directing award for Cari Joji Fukunaga, but was otherwise left out. Cranston was chosen as best actor over the likes of Woody Harrelson and Matthew McConaughey of “True Detective,” with McConaughey looking to win an Oscar and Emmy in the same year. Cranston previously won three years in a row beginning in 2008.

Thank you for this wonderful farewell to our show.

"Modern Family" was once again the king of comedies, winning for a fifth consecutive year, tying a winning streak set by "Frasier." Julianna Margulies picked up her second Emmy for her portrayal of "The Good Wife." Margulies now has three career Emmys, having won earlier in her career on "ER." Jim Parsons was back on familiar ground as well. The star of "The Big Bang Theory" won for best actor in a television comedy, his fourth Emmy. That tied Parsons on the all-time comedy list with Michael J. Fox and Kelsey Grammar. Julia Louis-Dreyfus took home her fifth career Emmy, a third consecutive best actress in a comedy win for "Veep." She previously won Emmys for "Seinfeld" and "The New Adventures of Old Christine." Ty Burrell and Allison Janney received Emmys for their supporting work in comedies. 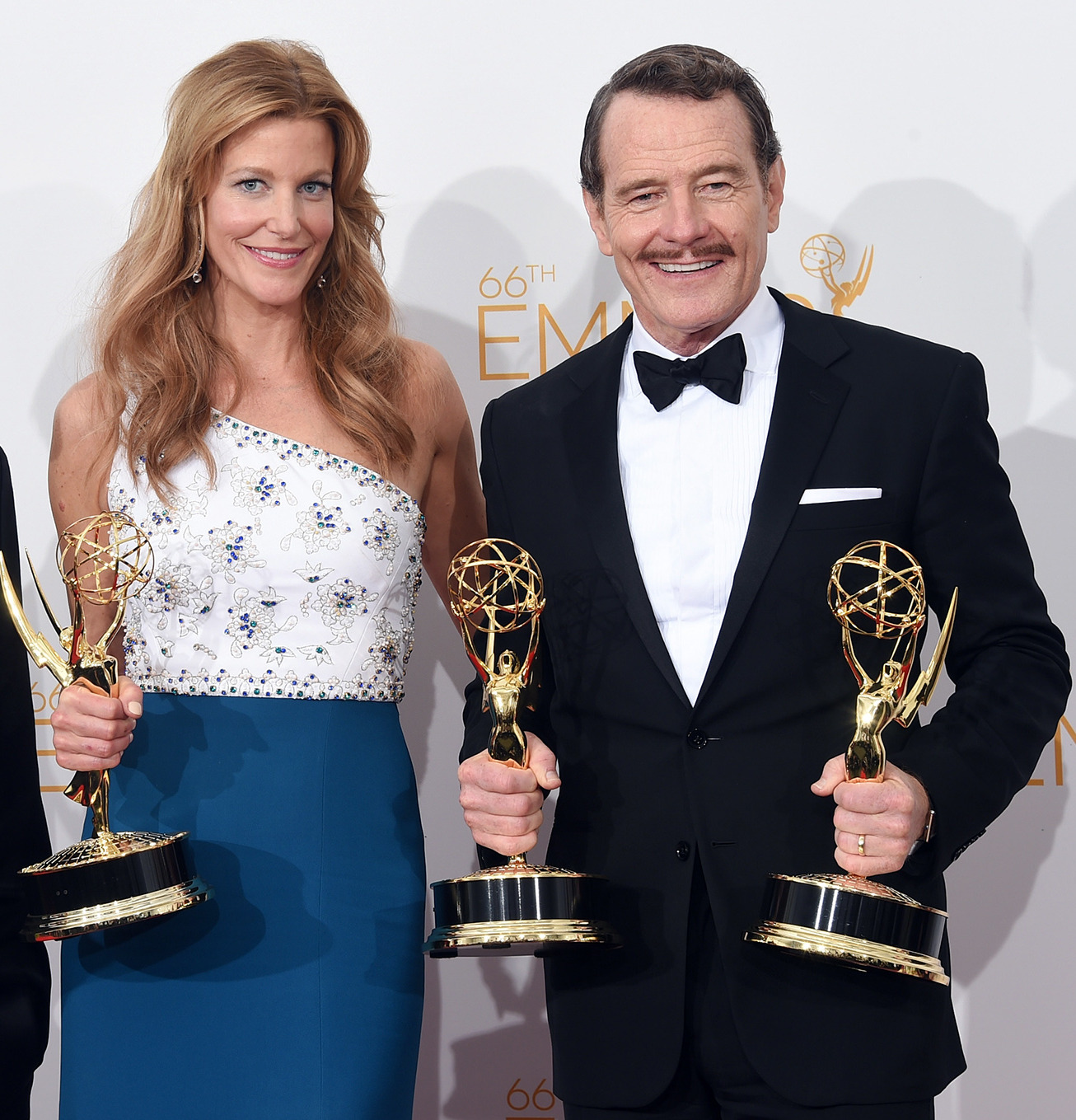