The Brazilian Socialist Party (PSB) has formally named the internationally-acclaimed environmental campaigner Marina Silva as its new presidential candidate, a week after its previous candidate was killed in a plane crash. 56-year-old Silva, who had been Eduardo Campos’ vice presidential running mate, met with members of the party in Brasilia who officially approved her as the new candidate. The decision was widely expected. PSB President Roberto Amaral told a news conference she had been chosen unanimously.

I will give the best I have in me.

Silva, 56, was environment minister from 2003 to 2008 under Rousseff’s predecessor as president, Luiz Inacio Lula da Silva. She won international praise for her work preserving Brazil’s Amazon rainforest. Many political analysts say Silva may be a stronger candidate than Campos and could at least thwart a first-round victory for Rousseff on October 5. Her main support comes among Brazilians unhappy with sluggish economic growth, high taxes and poor health care and education. 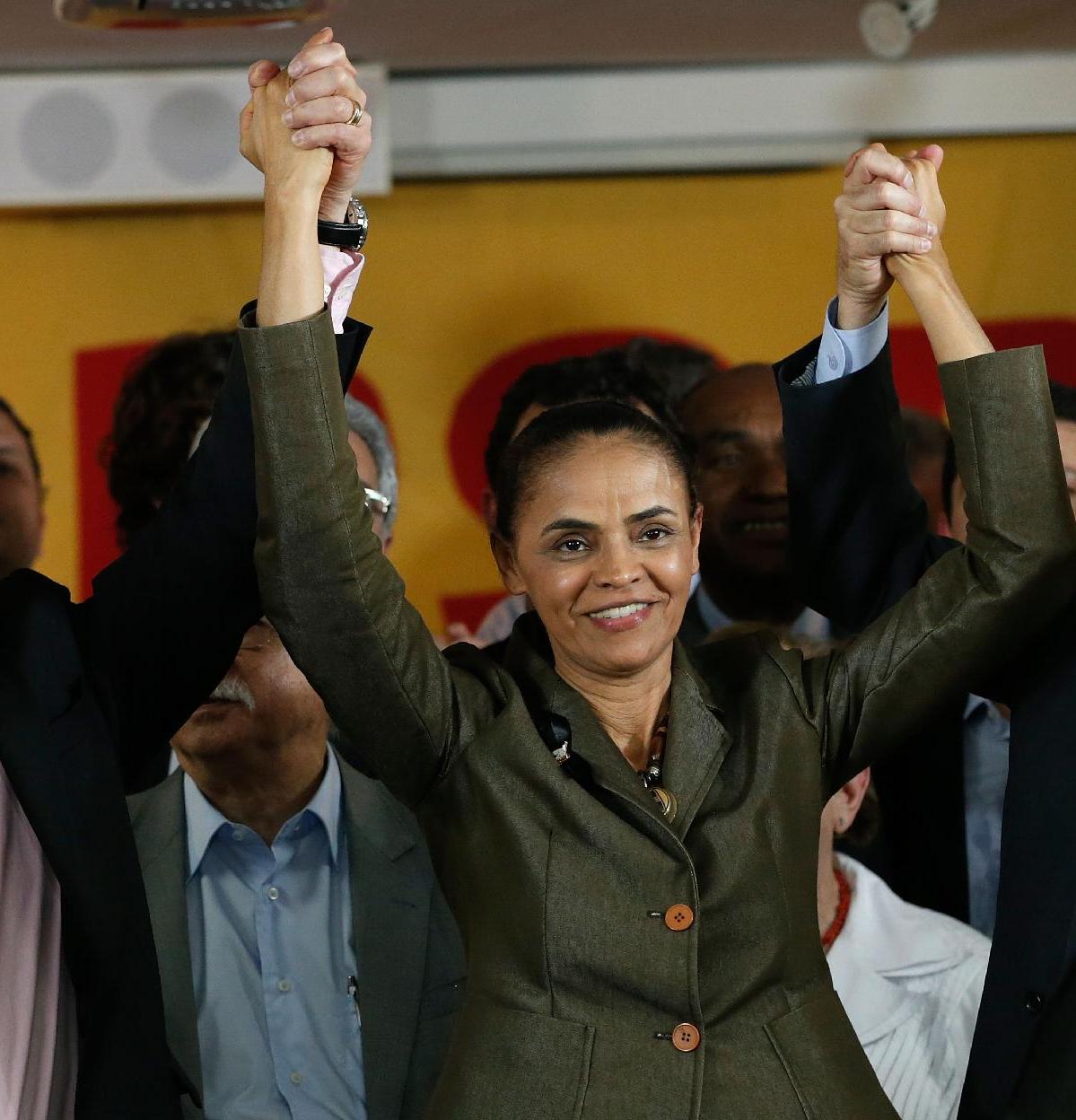