EU to push migrants decision back to September: sources

EU members are unlikely to agree on a programme to accommodate 40,000 asylum seekers this month, meaning a decision is not expected before September, European sources said Tuesday. The European Commission proposed the scheme last month to ease the burden on Italy and Greece, which are battling to cope with unprecedented numbers of migrants fleeing conflict and hardship across the Mediterranean to Europe. Interior ministers are set to meet next week and the migration issue will be on the agenda.

There will be no decision.

Janis Berzins, spokesman for Latvia’s rotating presidency of the EU

Discussions will continue at a summit in Brussels on June 25-26. No further meetings are expected over the summer, meaning that European officials will not discuss the issue again until September, sources said. The commission’s emergency plan unveiled in May involves member states accepting 40,000 asylum seekers from Syria and Eritrea, who have landed in overstretched Italy and Greece. A further 20,000 Syrian refugees currently living in camps beyond Europe’s borders would be directly resettled on the continent. 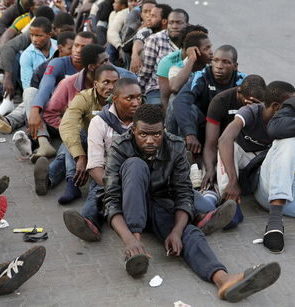