European Commission chief Jean-Claude Juncker is set to unveil an eagerly awaited multi-billion euro investment plan in the European Parliament on Wednesday, intended to boost the continent’s flatlining economy.The plan is the cornerstone of Juncker’s five-year agenda to jumpstart the EU’s moribund economy, which has failed to grow since the financial crisis and is mired in mass unemployment and near-deflation. The new European Fund for Strategic Investment will be funded to the tune of 21 billion euros, but its work will have a net effect on the economy of about 315 billion euros ($390 billion), according to an official estimate.

The amounts are lower than we hoped, but we felt that coming in recent weeks.

There is a drastic lack of investment in the 28-nation bloc, which remains way off pre-crisis levels, in stark contrast to the U.S. and despite unprecedented stimulus measures by the European Central Bank. The plan announced Tuesday is designed to attack the investment problem head-on, but with the added challenge to do so without more public spending, with most EU countries already paralysed by high deficits and mountains of debt. Crucially, the Juncker plan in the end relies on no new money, but re-engineers existing funds in such a way, officials said, that will provide far more added value than in their existing allocation. Officials hope the fund can be operational by mid 2015.

This will seem like a trick, recycling, and therefore a flop. 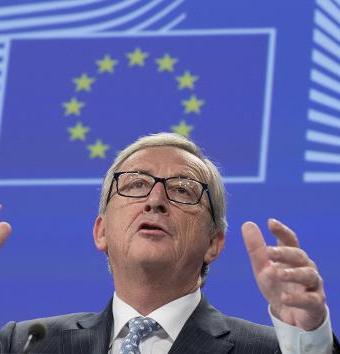