Ewe must be joking: Sheep invade Paris to protest against wolf attacks

Disgruntled farmers brought their sheep to the Eiffel Tower on Thursday to protest against wolf attacks, and what they call the government’s anti-farmer environmental policies. The woolly protesters munched grass near the Paris monument while their owners urged tougher measures against lupine danger. The government says its existing plan on preventing attacks and compensating farmers is sufficient, while authorities also want to ensure protections for wolves.

The march came as President Francois Hollande spoke at an environmental meeting about plans for cleaner energy and France’s plans to host the U.N. Climate Change Conference next year. Four wolves currently live in the Vosges mountain range in eastern France, according to the shepherds, and some 100 attacks by them against sheep have been reported in the area this year. 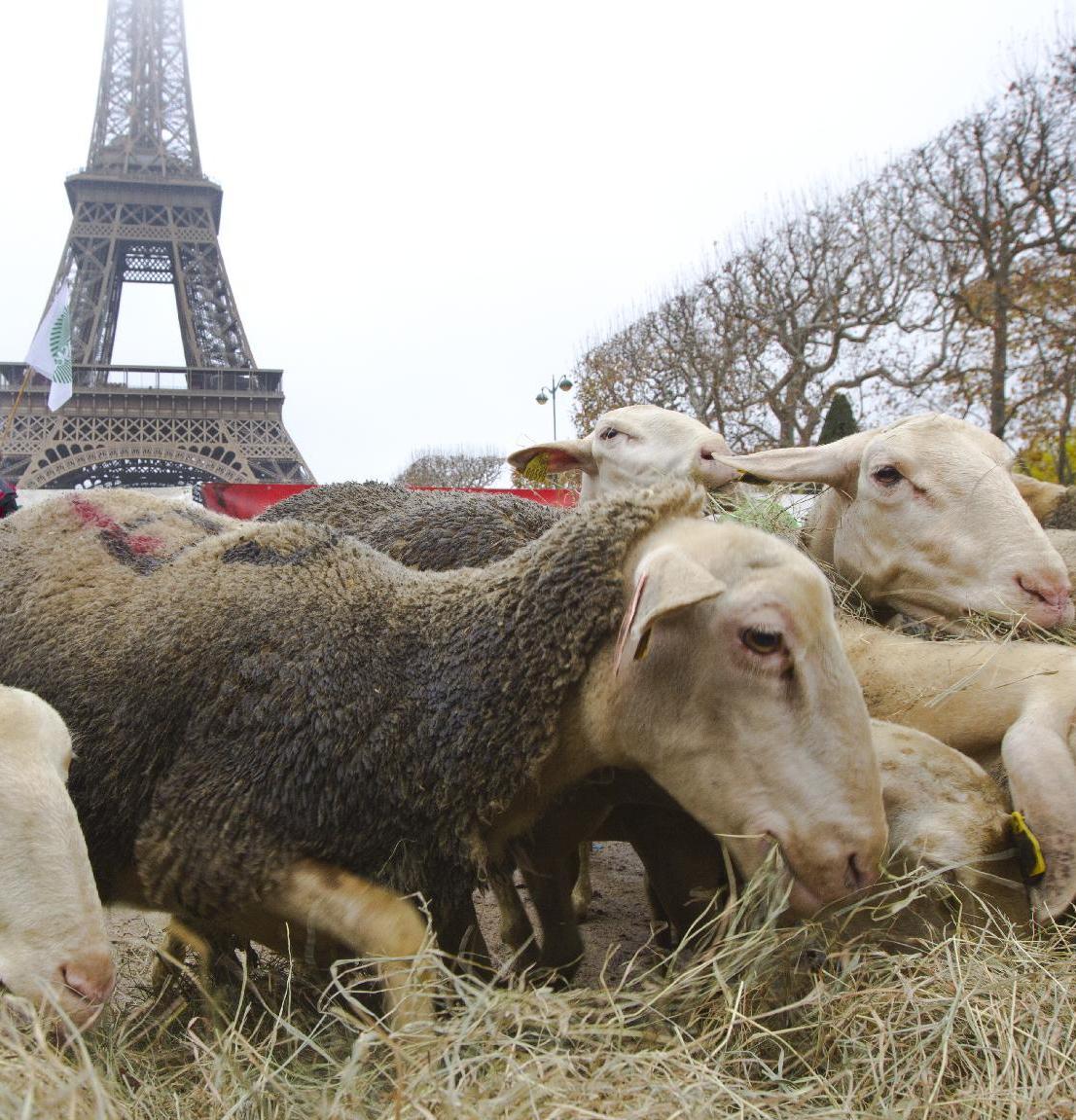