A consignment of experimental Ebola drugs has arrived by plane in Liberia to treat two doctors suffering from the virus, which has killed more than 1,000 people across four West African countries. The drug, ZMapp, arrived in two boxes on a commercial flight from the United States carried by Liberia’s foreign affairs minister, Augustine Ngafuan, and was unloaded at the VIP terminal, a Reuters witness said. It will be taken to a hospital in the capital and administered to Liberian doctors Zukunis Ireland and Abraham Borbor, who officials said contracted the disease while attending to patients, including a late colleague. But authorities fear ZMapps’ unproven status will mean humans become the guinea pigs.

This is not the panacea to the problem. It is at the risk of the patient.

Meanwhile, up to 1,000 doses of VSV-EBOV, another experimental drug which has shown promise in animal research but never tested on humans, is due to arrive in West Africa soon. The death toll in the worst-ever epidemic of Ebola since its discovery four decades ago climbed to 1,069 Wednesday, according to the World Health Organisation which said 56 had died in two days. Nearly 2,000 people have now been infected. 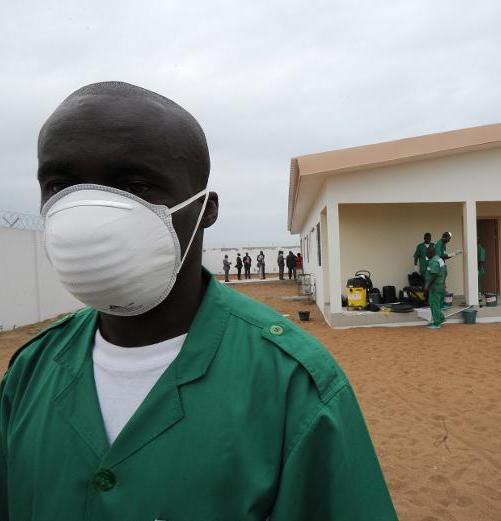