Four soldiers have been killed and five wounded after Ukraine’s military regained control of a checkpoint in the eastern region that had been earlier taken over by separatists. The fighting in Donetsk erupted overnight on Friday in violation of a ceasefire agreement between the government and pro-Russian rebels that was to last until Monday. President Petro Poroshenko’s office had said that the weeklong ceasefire that ended Friday had been extended until 10pm local time Monday. The decision came shortly after he returned from Brussels to Kiev after signing a trade pact with the EU.

Petro Poroshenko, who claimed to have signed the Association Agreement with the same pen his predecessor would have used (see main image above)

Poroshenko said on Friday that the signing of the EU deal may be “most important day” for Ukraine since it became independent from the Soviet Union. The agreement comes seven months after his predecessor set off a crisis in the country by backing out of the same deal. The move has angered Russia, which, according to the Reuters news agency, warned of “grave consequences”. Kremlin spokesman Dmitry Peskov said Russia would take measures to protect its economy if it is negatively affected by the pact. In Brussels, two other former Soviet republics, Georgia and Moldova, also signed agreements with the EU. The deals mean businesses whose goods and practices meet EU standards will be able to trade freely in any union country without tariffs. 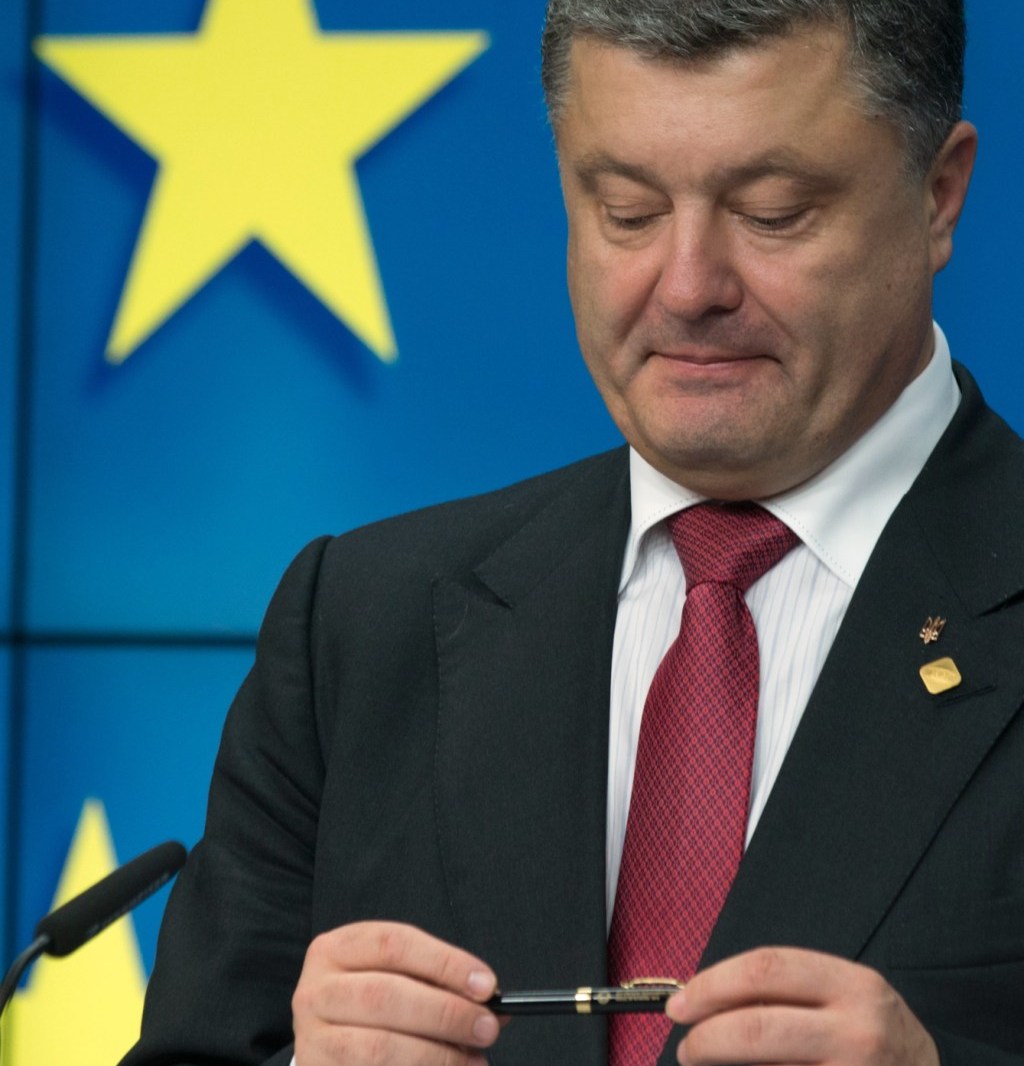