One of three Kalashnikov-wielding Islamists seen burning their French passports on an Islamic State-made propaganda video this week grew up in a small French village in southern France, its mayor said Saturday. The 26-year-old, who goes by the name of Abou Ossama Al-Faranci in the Islamic State (IS) Internet video, left the village of some 1,400 people five years ago, residents told the newspaper La Depeche du Midi. Serge Lafon, the mayor of Labastide-Rouairoux, said that “many villagers knew and recognised him”.

They are quite sure and there’s been no denial by relatives or anyone so there’s a 99 per cent chance it is him.

Serge Lafon, the mayor of Labastide-Rouairoux

The bearded blue-eyed man seen on the video urging Muslims to stage attacks in France was reported to have gone to school in the village and have converted to Islam, studying the Koran in a Muslim centre in a private home. A week ago another Frenchman, 22-year-old Maxime Hauchard, appeared in a grisly IS execution video. Around 1,000 people from a wide range of backgrounds have left France to join jihadists in Iraq and Syria, with 375 currently there. In all, some 3,000 Europeans are believed to have left their homes to fight on those fronts, according to the European Union’s anti-terrorist coordinator. 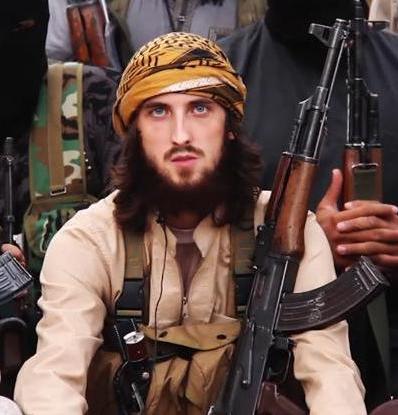