Eyes in the sky: Obama authorises surveillance over Syria

U.S. President Barack Obama has authorised surveillance flights over Syria, two officials said late Monday. While the White House says Obama has not approved military action inside Syria, additional intelligence on the militants would likely be necessary before he could take that step. Pentagon officials have been drafting potential options for the president, including airstrikes. One official said the administration has a need for reliable intelligence from Syria and called the surveillance flights an important avenue for obtaining data.

We’re not going to comment on intelligence or operational issues, but as we’ve been saying, we’ll use all the tools at our disposal.

The U.S. began launching strikes against the Islamic State inside Iraq earlier this month. Obama has long resisted taking military action in Syria, a step that would plunge the U.S. into a country ravaged by an intractable civil war. However, his calculus appears to have shifted since the Islamic State announced last week that it had murdered American journalist James Foley, who was held hostage in Syria. The group is also threatening to kill other U.S. citizens being held by the extremists in Syria. 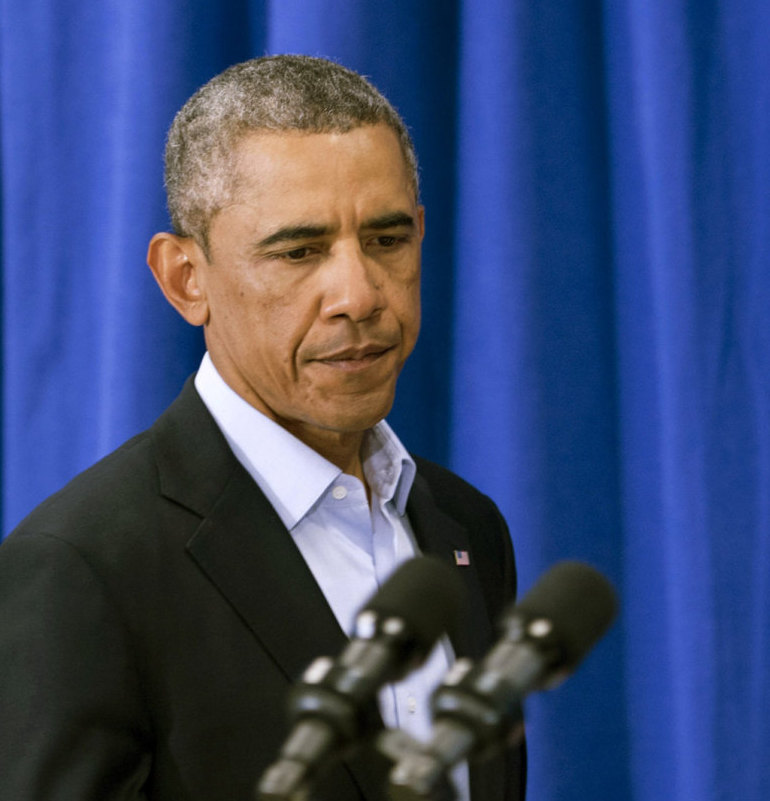