West African states lack the resources to battle the world’s worst outbreak of Ebola and deep cultural suspicions about the disease remain a big obstacle to halting its spread, ministers said on Wednesday. Abubakarr Fofanah, deputy health minister for Sierra Leone, said cash was needed for drugs, basic protective gear and staff pay. Authorities are trying to stop relatives of Ebola victims from giving them traditional funerals, which often involve the manual washing of the body, out of fear of spreading the infection.

In Liberia, our biggest challenge is denial, fear and panic. People are afraid but do not believe that the disease exists … People get sick and the community members hide them and bury them, against all the norms we have put in place.

The World Health Organization (WHO) has flagged three main factors driving the spread of the disease: the burial of victims in accordance with tradition, the dense populations around the capital cities of Guinea and Liberia, and the bustling cross-border trade across the region. Meanwhile, The Red Cross in Guinea said it had temporarily suspended some operations in the country’s southeast after staff working were threatened. A Doctors Without Borders centre in Guinea was attacked by youths in April after staff were accused of bringing the disease into the country. The WHO said the outbreak is the largest and deadliest ever.

We have more than 450 deaths so far, and not a single individual has been offered anything beyond tepid sponging and ‘we’ll bury you nicely.’ It’s just unacceptable.

Jeremy Farrar, professor of tropical medicine and director of The Wellcome Trust 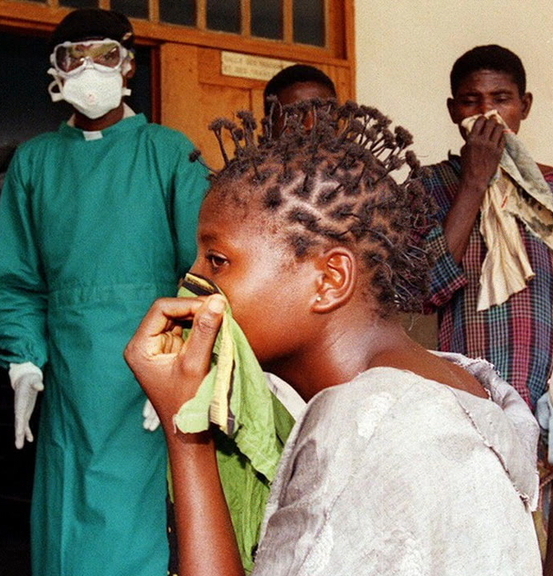