Russia’s troop build-up on the Ukrainian border increases the threat of an invasion by President Vladimir Putin’s army, Defence Secretary Chuck Hagel said Wednesday. Speaking to reporters at U.S. European Command in Stuttgart, Germany, Hagel said he agrees with Poland’s foreign minister, who said Wednesday that the increase in Russian forces near Ukraine’s border heightened the risk of an invasion. “I think it’s a reality, of course it is,” said Hagel, who was in Stuttgart for meetings with his military leaders in Europe, including the top commander, Air Force Gen. Philip Breedlove.

U.S. and NATO officials say there are now about 20,000 Russian troops massed just east of Ukraine’s border. The U.S. also says Russia continues to train and equip separatists battling Ukraine’s government. Russia has repeatedly rejected Ukrainian and Western claims of a military build-up on the border. Among the scenarios that worry some in NATO is Putin potentially sending Russian troops into eastern Ukraine in the guise of a “peacekeeping” force. That concern has deepened as the Russian-supported separatists appear to lose the initiative against Ukrainian government forces. Hagel also said that Russia’s provocative actions are forcing the U.S. and its allies to take a close look at how NATO is structured and prepared for such military crises and other challenges of the future. Humanitarian concerns are rising as Ukrainian forces come closer to encircling the city of Donetsk and continue their fight against the pro-Russia rebels in the large city of Luhansk. Moscow has pushed for a ceasefire in the east but the Ukrainian government has appeared bent on riding the momentum of a series of recent military advances to crush the rebels.

The longer that Russia perpetuates and instigates this tension, and the possibility of escalating their activity, it’s going to get worse. And we have to be prepared for that. 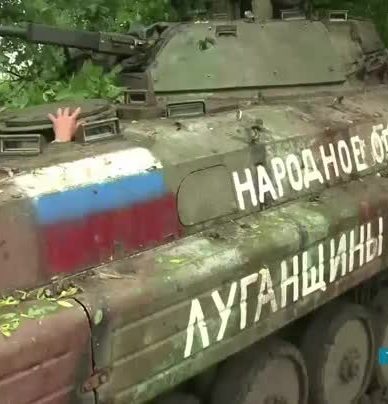