In a move reminiscent of the marches of the 1960s, civil rights activists embarked Saturday on a seven-day journey to demand sweeping police reforms and denounce a grand jury’s decision not to indict a white officer who shot dead an unarmed black teenager. The National Association for the Advancement of Colored People is organizing the 190-km “Journey for Justice” to Jefferson City, the Missouri state capital. A core group of around 100 marchers, who hope to be joined by thousands more by the end, are demanding the sacking of the Ferguson police chief, nationwide police reforms and an end to racial profiling.

Life won’t return to normal in Ferguson for a long time, but there are signs that people in the community are trying to move on after days of intense unrest over the grand jury decision in the Michael Brown case. Although the demonstrations, which have also been taking place in other U.S. cities, could last for weeks in Ferguson, a sense of normalcy — or at least a new normal — has begun to settle on the city. Police reopened several blocks of West Florissant that had been barricaded off since Tuesday, but only during daylight hours. And although most store windows are still boarded up, many now have spray-painted messages saying they are open and welcoming shoppers. Some business owners spent an unseasonably warm Saturday tidying up, hoping that customers would soon return.

It’s really sad it had to come from this. We just wanted justice. If we’d have had justice, none of this would have happened. 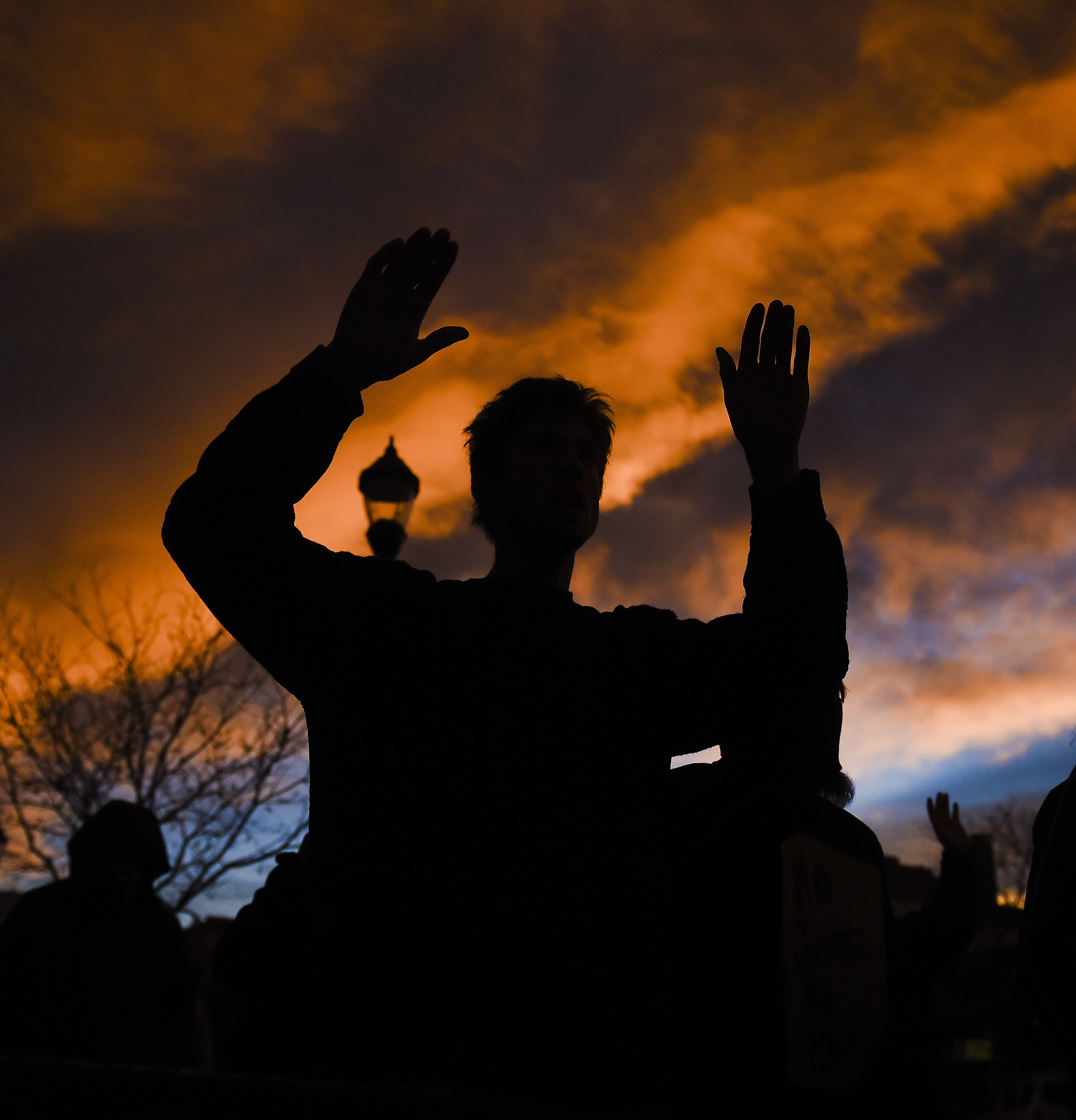