Police in Missouri have identified the officer accused of shooting dead an unarmed black teenager after several days of unrest. Ferguson Police Chief Thomas Jackson said the officer’s name is Darren Wilson and he has six years’ service with no disciplinary record. At Friday morning’s brief news conference (pictured above), Chief Jackson said 18-year-old Michael Brown was shot on Saturday following a convenience store robbery in the St Louis suburb. But it was not clear if the teenager was a suspect in that incident when the fatal confrontation occurred between him and Officer Wilson, in circumstances which remain unclear.

All they did was look at us and shoot tear gas. This is totally different. Now we’re being treated with respect.

Pedro Smith, who has participated in the nightly protests

The officer has not been charged following the shooting which spawned almost a week of violence in the community and grabbed national headlines. The announcement came the morning after hundreds of protesters marched side by side with officers in a dramatic turnabout, following a law enforcement facelift in Ferguson. Gone were the officers in riot gear and armoured tanks as an African-American highway patrol captain took over security in Ferguson. Marchers stopped to shake hands with police and troopers, in marked contrast to violent clashes earlier this week. 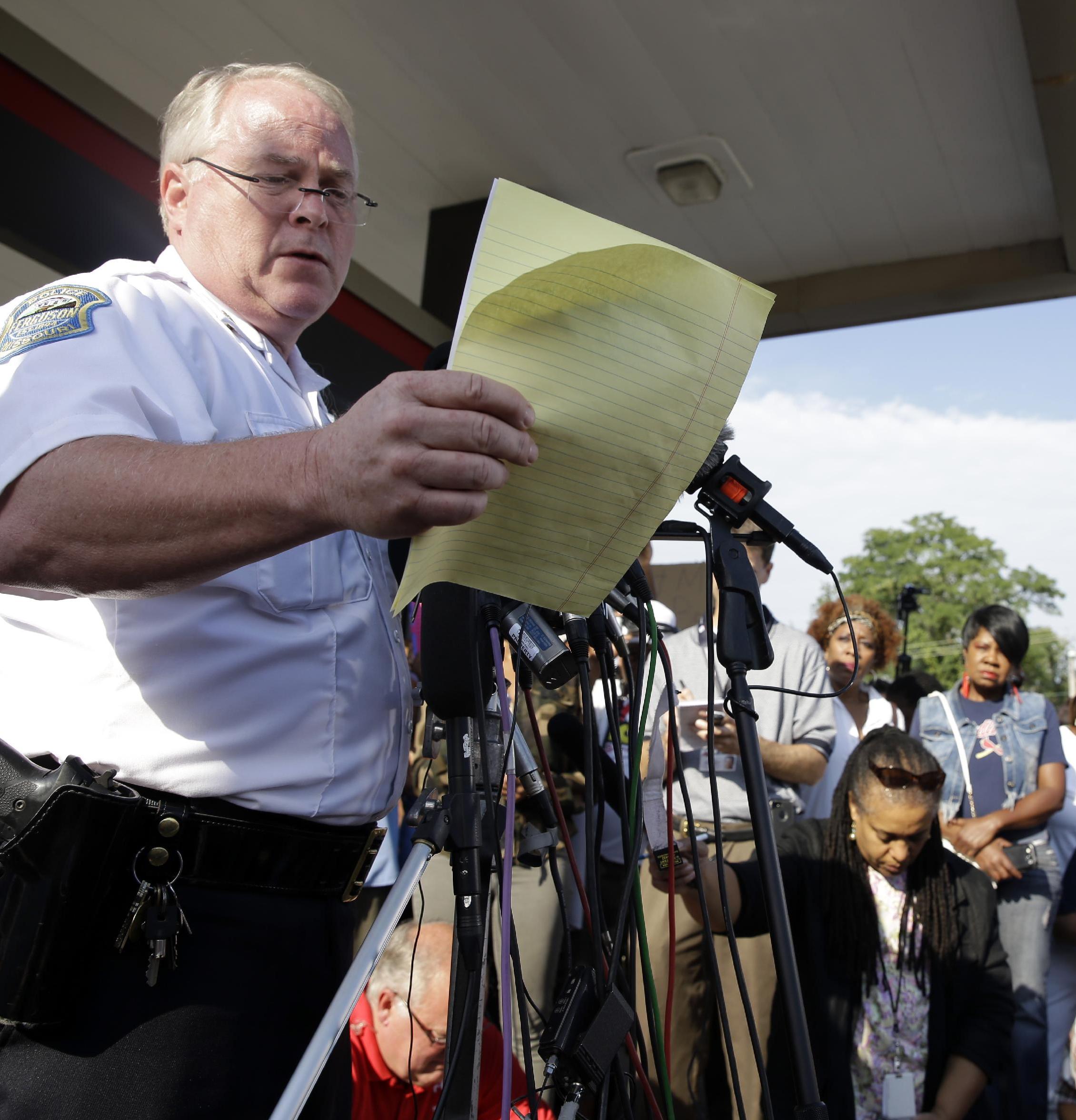