Chile’s national football federation has been fined by FIFA after a group of ticketless Chilean fans forced their way into the Maracana Stadium’s media centre last week in a desperate effort to watch their team play Spain in a World Cup Group B match. The ANFP did not give details of the fine but said it would be sanctioned far more harshly if Chilean fans are involved in any other incidents. Another investigation is ongoing after fireworks were set off during Chile’s 3-1 victory over Australia in their opening Group B game.

If a third case is opened by the FIFA for new incidents in upcoming games, the sentence could be very hard and harsh for (our) economic and sporting interests.

Brazil will beef up policing for World Cup matches at the Maracana stadium to try to prevent a repeat of the security breach, police officials in that country said on Friday. The ANFP has said the fans involved in storming the Maracana will be punished at home by being banned from entering stadiums in Chile. Chile have reached the World Cup last 16 and play hosts Brazil on Saturday in Belo Horizonte. 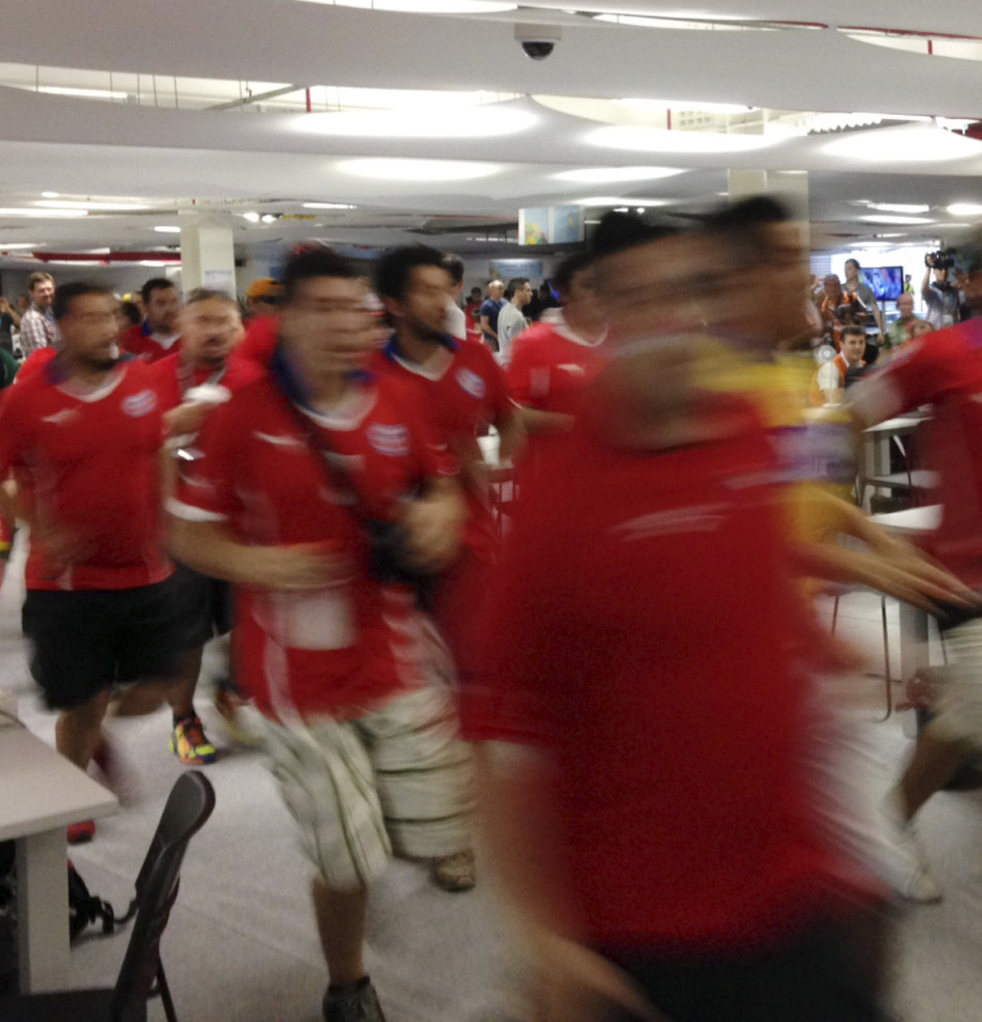