Charred debris from a luxury cliff-side home fell 75 feet into a lake below on Friday after fire crews set the $700,000 retreat ablaze rather than wait for it to crumble into the water as the land faltered around it. It took less than an hour for the fire to level the home above Lake Whitney. Flames consumed exterior walls after crews spread bales of hay and fuel to ignite flames throughout the expansive home. The ground around the home began cracking in February. Then a few days ago, part of the land gave way beneath the 4,000-square-foot home, leaving pieces of the house dangling off the side of a cliff. Authorities condemned the home and the owners, Robert and Denise Webb, consented to Friday’s burn.

Authorities said destroying the house was better than waiting for it to topple into Lake Whitney. The cost of removing mounds of debris from the lake could prove prohibitive. Mr Webb told media he had sunk his entire retirement fund into the purchase of the home in 2012, and the collapse of the cliff face and subsequent demolition will not be covered by insurance. The home was positioned on a cliff 23 metres above Lake Whitney. By Thursday, about 50 metres of land that once separated the back of the home from the cliff edge was completely gone. 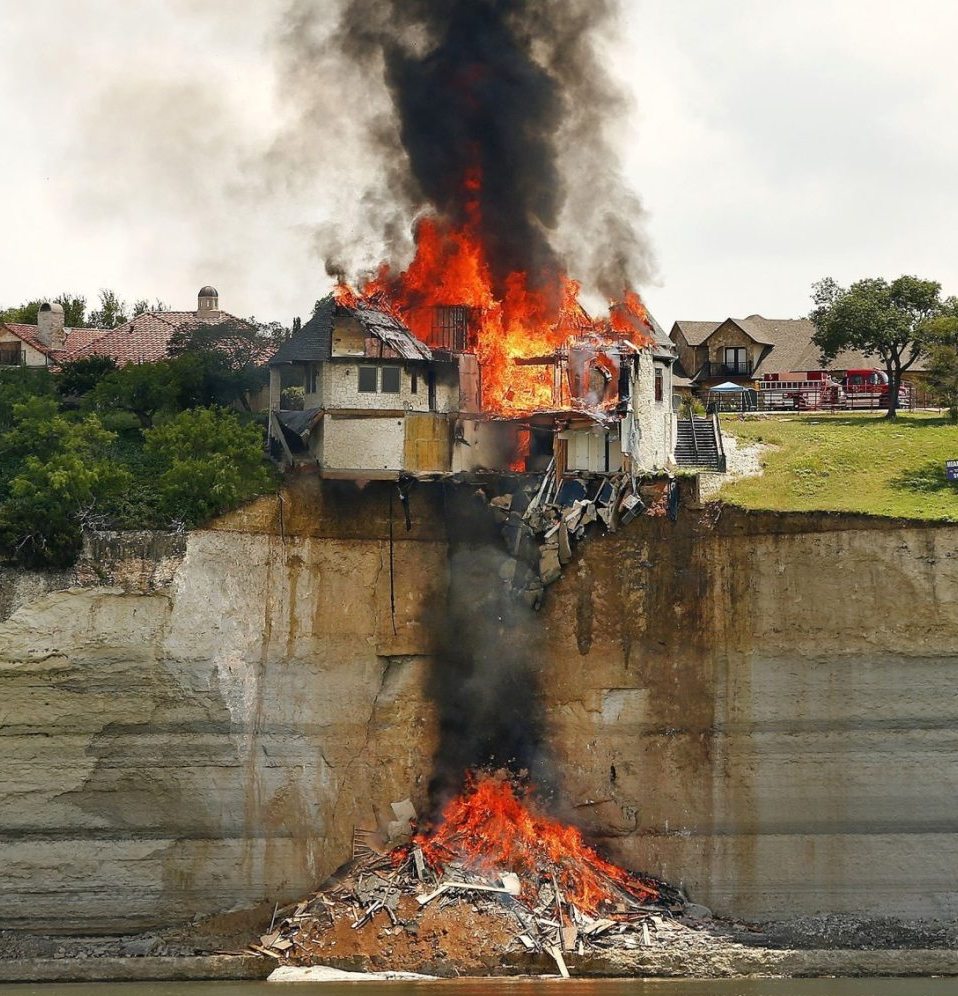