First 1,000mph car gets one step closer as the cockpit is unveiled

The mission to produce the world’s first 1,000mph car has taken a leap forward as the cockpit of the supersonic vehicle was unveiled. RAF fighter pilot Andy Green, 51, is hoping to break the world land speed record with the $17 million rocket-powered car. The cockpit - made from carbon fibre - has been tailored to the needs of Wing Commander Green and has taken more than 10,000 hours to design and manufacture.

That kind of plastic is that thick and strong to survive a 1,000mph airflow and also, worst case, to take a bird strike from a big bird, maybe 2kg at 650mph or half that weight approaching 1,000mph

Wg Cdr Green will wear a specially made in-ear communications system to protect his hearing and to ensure that he can communicate with mission control, and he will climb into the Bloodhound via a carbon fibre hatch just 50cm in diameter. During a 1,000mph run, Bloodhound will cover 12 miles in two minutes. Bloodhound is expected to make its first attempt at the record run next year. 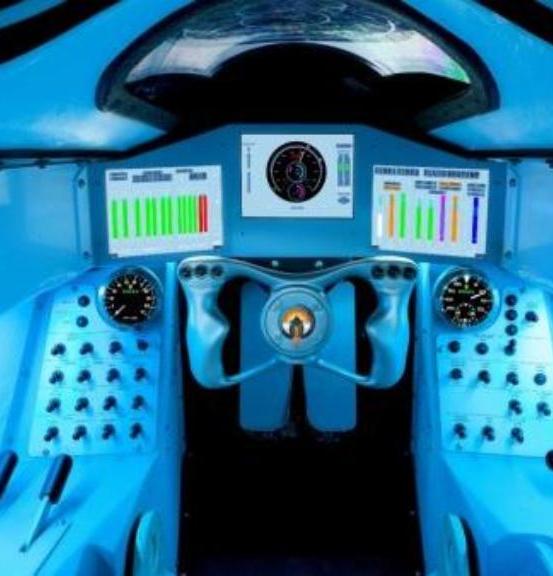