The Muslim players in World Cup teams that have qualified for the second round in Brazil face a thorny question on Sunday when much of the Islamic world will start observing the holy month of Ramadan with a dawn to dusk fast. The question is trickiest for the Algerian team, which faces a formidable German side on Monday. There are also Muslims on the Nigerian and French teams and those players also will have to weigh their religious convictions against the possible effects of fasting on their performance.

It’s clear that our religion is very important for the team, so we will talk about it and see how to go forward.

Athletes in the Olympics in 2012 faced the same hurdle, with many teams allowing their players to eat during Ramadan and make up for it at another time or make donations to charity. While fasting during daytime over the 30 days of Ramadan is mandatory for all able bodied Muslims and one of the five pillars of Islam, there are exemptions, including for the sick, pregnant, infirm or elderly. Those traveling or going to war are also excluded and it is under this provision that most athletes will likely delay the fast until a more suitable time.

…in some cases, there are athletes that get better results during Ramadan because they are fasting and want to. It can be a spiritual and psychological aid.

Dr. Hakim Chalabi, a specialist in sports and fasting 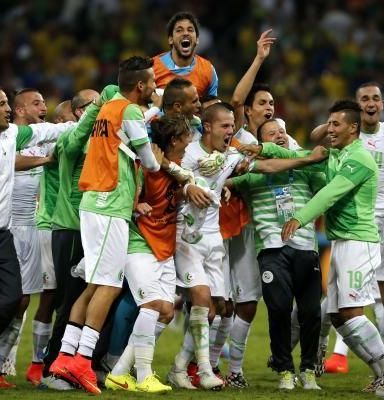