'I lost my balance': How Luis Suarez explained biting player to Fifa

Luis Suarez has said he did not deliberately bite Italy’s Giorgio Chiellini at the World Cup, claiming he only “lost balance” and fell awkwardly. The Uruguay striker, who has been banned for nine international matches and from all football for four months over the attack, made the claims to Fifa’s disciplinary panel. The seven-man Fifa panel, which met the day after Uruguay beat Italy 1-0 in a decisive group-stage match on Tuesday dismissed Suarez’s argument. The bite was “deliberate, intentional and without provocation,” their ruling stated.

In no way it happened how you have described, as a bite or intent to bite. After the impact … I lost my balance, making my body unstable and falling on top of my opponent. At that moment I hit my face against the player.

Luis Suarez, in a letter to Fifa’s disciplinary panel

The claims attracted ridicule on social media, with many questioning the 27-year-old’s version of events. A Twitter user, @unitedrant, wrote: “There’s crass stupidity, there’s boundless ignorance, and then there’s people who believe Luis Suarez’ excuses.” The ruling also confirmed that referee Marco Rodriguez of Mexico acknowledged in his match report that he missed Suarez’s bite, as did his two assistants and the fourth official. Despite his apparent anger immediately after being bitten, Chiellini has issued a statement saying Suarez’s punishment is “excessive”.

Suarez’s excuse is about as reliable and palatable as Baldrick’s cappuccino. 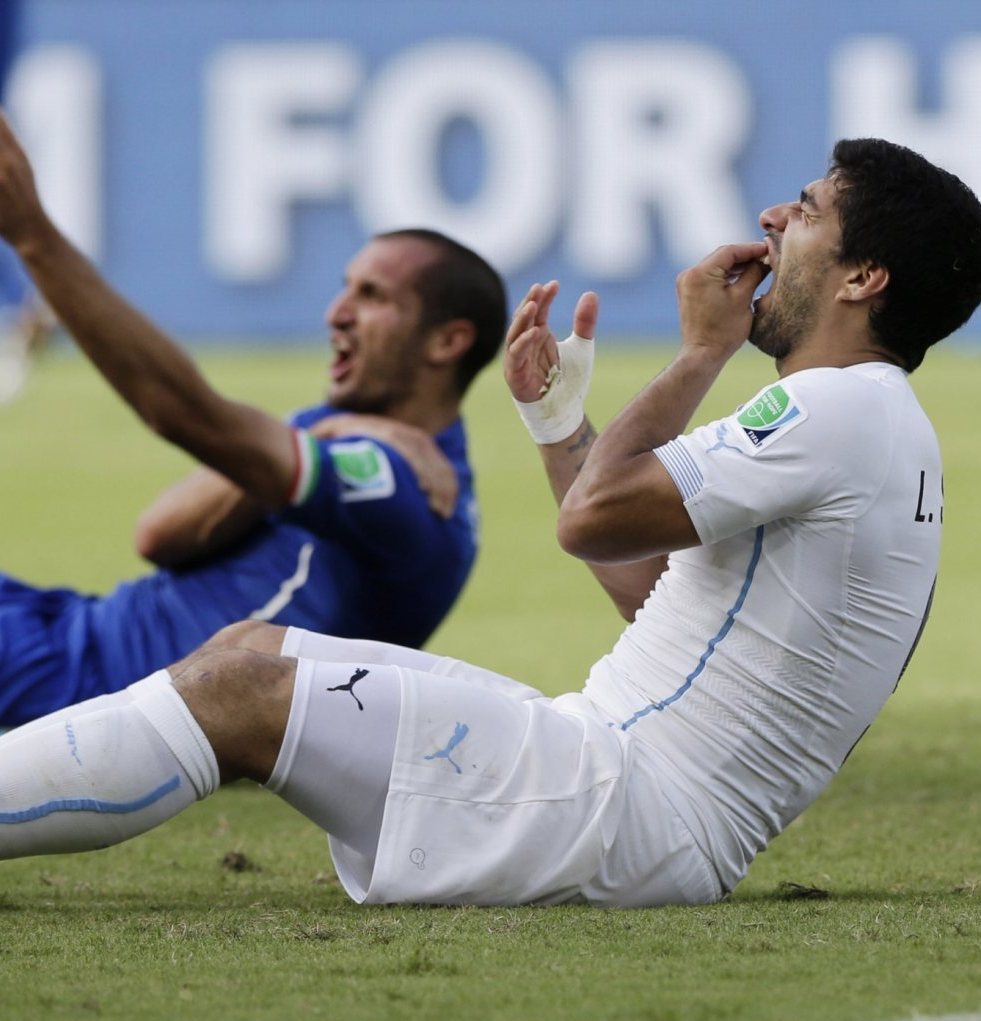