Ford CEO: We’re making a ‘Tesla’ for the masses

Ford CEO Mark Fields told Yahoo Finance that Ford has the capability to create electric vehicles. Ford is currently ranked number two in the electric market and has released the popular Ford Focus, which was ranked as the most fuel-efficient compact car sold within the United States. Ford’s approach, according to Fields, will be to make electrified vehicles “attainable to the masses.” Fields claims that Ford has no interest in buying Tesla, despite a slew of rumors that Ford and GM were both pursuing the company.

Tesla (TSLA) has done a very good job of bringing electrified cars into the consciousness of the American people … Tesla’s approach is to cater to a high-end consumer.

When it comes to driverless cars, there seem to be legal roadblocks popping up all over America. The FBI and National Highway Traffic Safety Administration have also expressed concerns over the self-driving vehicles. Meanwhile, the UK will allow the cars on roads starting in January. Fields isn’t concerned about America’s slow pace in adopting these technologies. He believes America is still researching, sensor-detectors are still improving and infrastructure is still being built.

Our approach at Ford is to look at this as an opportunity for us going forward and that’s exactly how we’re going to look at it. 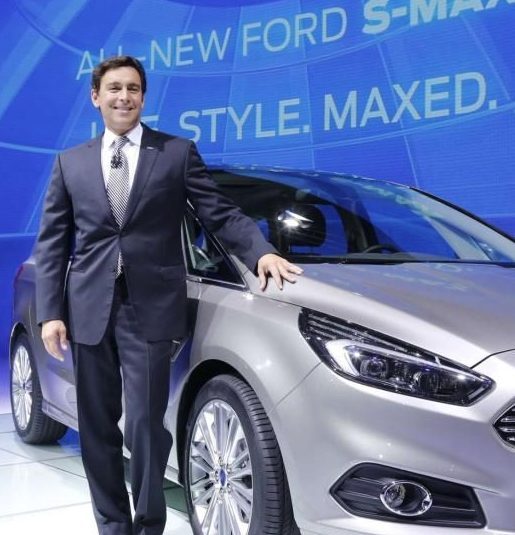