George H.W. Bush, the oldest living former U.S. president, fell at his summer home on Wednesday and broke a bone in his neck but was doing OK, a spokesman said. Bush, 91, was hospitalized in stable condition and was doing “fine” spokesman Jim McGrath said. McGrath tweeted that the 41st president would be in a neck brace. Bush was being treated at Portland’s Maine Medical Center, where a children’s hospital is named for his wife. Bush, who has a form of Parkinson’s disease that has forced him to use a motorized scooter or wheelchair for mobility, has suffered a few other recent health setbacks.

He was brought here earlier today and diagnosed with a fracture in his neck. He is in stable condition and will be wearing a neck brace. He is doing okay. He’s as tough as they get.

Bush is the father of President George W. Bush and of former Florida Governor Jeb Bush, who is now seeking the Republican nomination for the 2016 presidential election. The elder Bush, a Republican like his sons, served as vice president for eight years during Ronald Reagan’s two terms in the White House before being elected president, defeating former Massachusetts Governor Michael Dukakis, the Democratic nominee, in 1988. Bush took office in 1989 and served four years in the White House, during which he organized the U.S.-led military coalition that defeated Iraqi forces after Saddam Hussein invaded Kuwait. He lost his 1992 re-election bid to Democrat Bill Clinton. 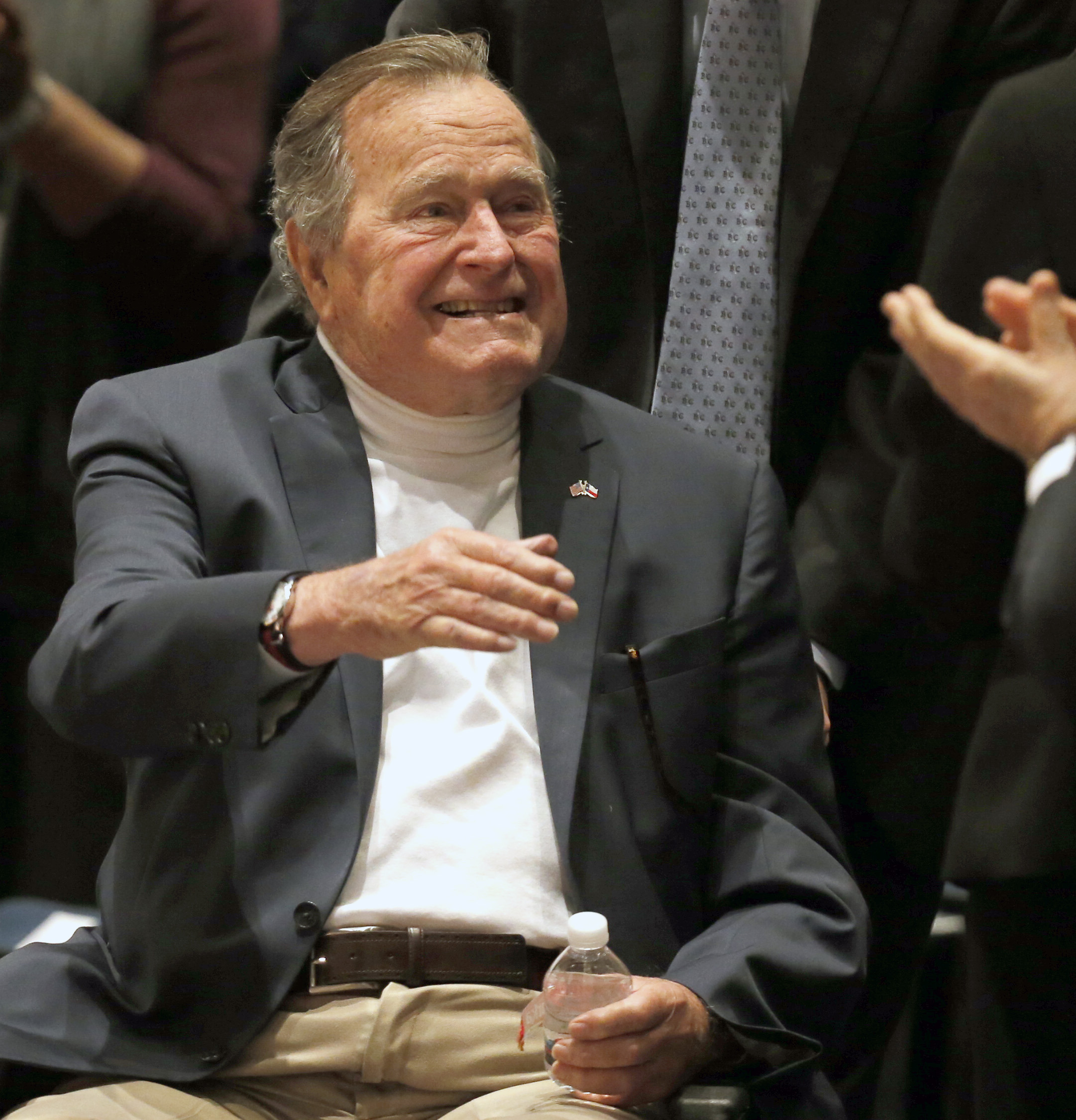