Four of the remaining nine USS Arizona survivors of the Pearl Harbor attack have gathered days before its 73rd anniversary, promising that it will not be their last reunion. The men, all in their 90s, gathered for a news conference Tuesday in a building overlooking the memorial that sits on top of the Arizona, a battleship that sank in the Dec. 7, 1941 attack. Even though it’s the last official survivor gathering of the USS Arizona Reunion Association, the men said they still plan to get together, even if not in Hawaii.

I don’t think this is going to be our last. … We’ve still got time to go. We’ll be back out here no matter whether the rest of the crowd can make it or not.

Sunday marks the 73rd anniversary of the Japanese attack that killed about 2,400 sailors, Marines and soldiers. During a private event Sunday, the four men will toast their shipmates, drinking from replicas of champagne glasses from the Arizona. They will share a bottle of sparkling wine that was a gift to the survivors association from President Gerald Ford’s visit to Spain in 1975. Both Louis Conter, 93, and Arizona survivor Lauren Bruner, 94, have signed paperwork for their remains to be interred at Pearl Harbour.

It seems like after a while nobody pays attention to them anymore, after about 5 years. 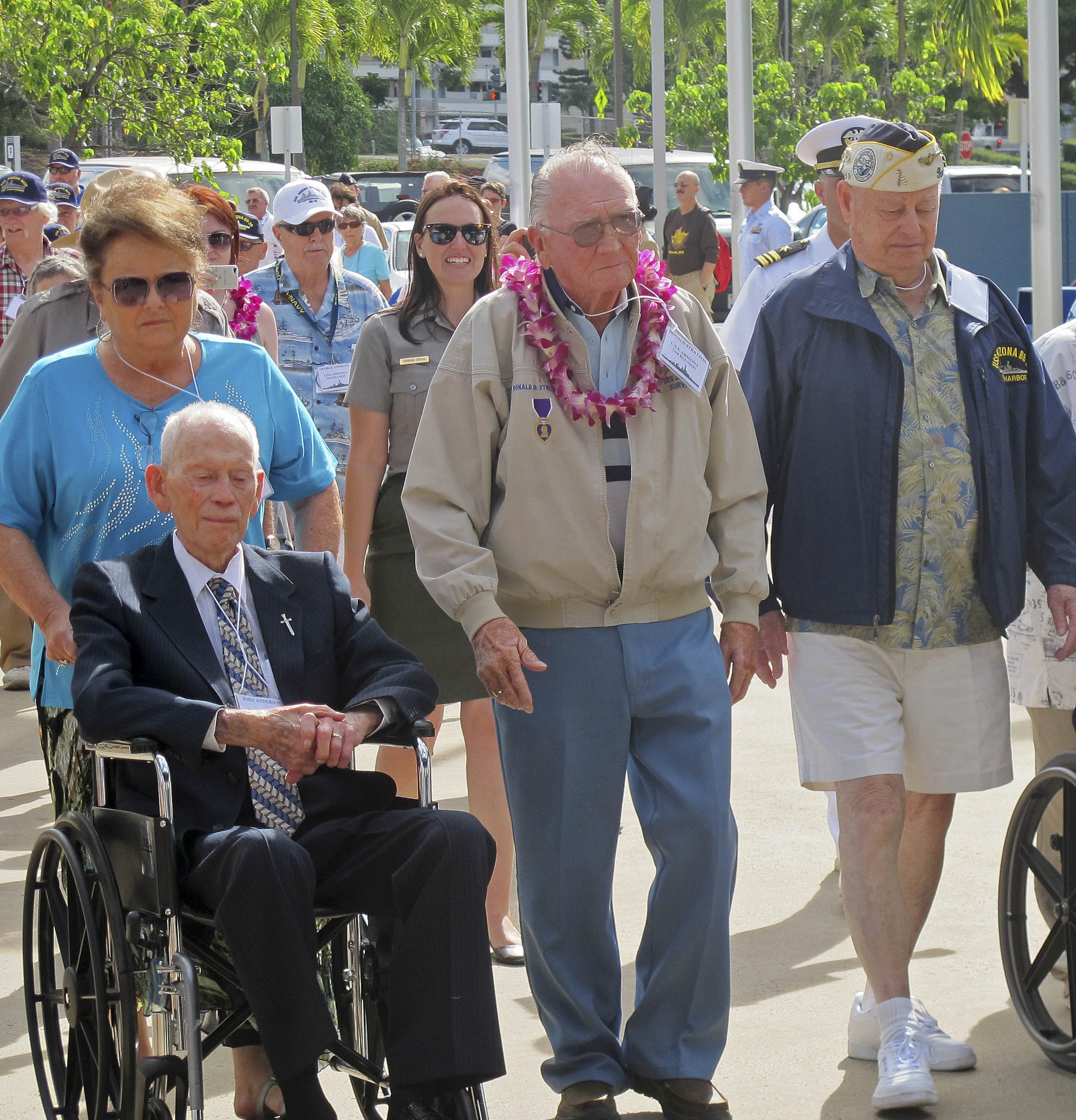