A remarkable heat wave warmed Antarctica’s northernmost peninsula to slightly above 17ºC  in March – a record high for the normally cold continent. But scientists say the balmy conditions were caused by a “freak weather event,” and cannot be directly attributed to climate change. Such high temperatures seem alarming, but occur nearly three months after Antarctica’s summer. And it’s hard to link an extreme event to anything in particular, cautioned Gavin Schmidt, a climate scientist with NASA’s Goddard Institute for Space Studies in New York City.

So it is all connected to climate change, but one should not attribute this event to greenhouse gases. It’s a freak weather event that’s set against a backdrop of a very slow progression toward a warming planet.

Ted Scambos, a glaciologist with the National Snow and Ice Data Center, at the University of Colorado at Boulder

Scientists say the spike can be explained by a weather pattern caused by mountains on the Antarctic Peninsula. As the increasing westerly winds to cross over the mountain range, they must first rise on the windward side and then descend on the leeward side. The rising wind heats as it rises and more as it descends as a Chinook wind. The warm air created a hot spot that lasted for several days over the Antarctic Peninsula. 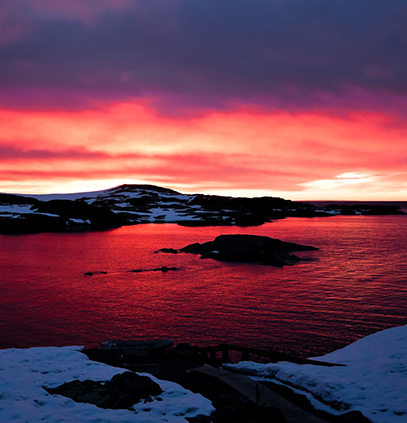