An Al-Jazeera journalist who had been on hunger strike for more than four months to protest his prolonged detention without charges in Egypt walked free Tuesday to cheers. The mother, wife and brothers of 26-year-old Abdullah Elshamy met him as he walked out of a police station in a northern Cairo suburb. Egypt’s prosecutor general had ordered his release, citing “health conditions.” Elshamy, once a chubby young man, looked gaunt and frail as he left the station in Nasr City still dressed in a prison uniform.

His detention, along with the trial of other Al-Jazeera journalists, was related to the sweeping crackdown on Islamist supporters of ousted President Mohammed Morsi since the military overthrew him last year. Egyptian officials accused the network of supporting Morsi’s Muslim Brotherhood. The Qatar-based network denied the allegations. Elshamy had been held since August without charges when he was swept up with other protesters following the violent dispersal of a pro-Morsi sit-in that left hundreds dead.

This is a relief rather than a cause for celebration. Abdullah has been through a terrible ordeal for over 10 months.

Al Jazeera, in a statement 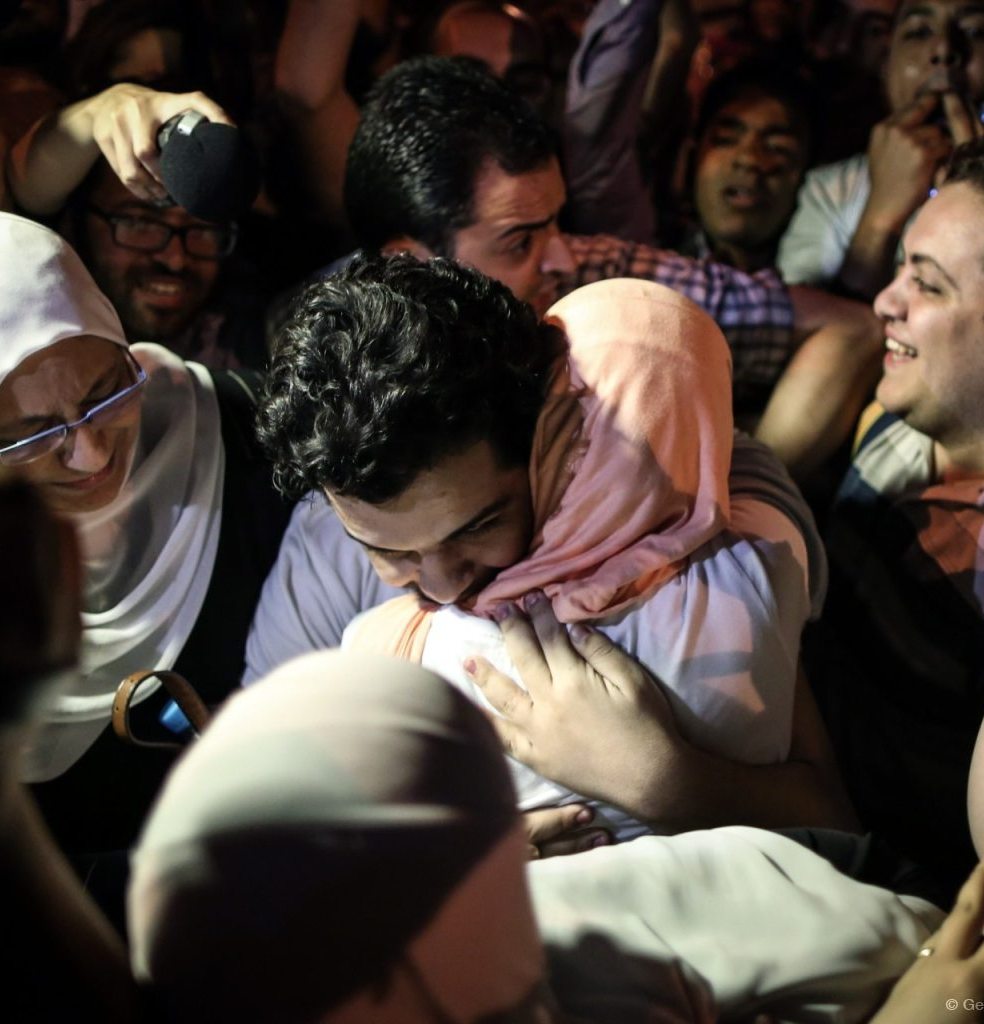