Welcome to “Morning Gloryville”: an alcohol-free disco held before party-goers head to work. Co-founder Samantha Moyo describes it as “basically partying without drink and drugs.” Instead of beer or cocktails, those who attend can avail of a bar offering smoothies such as the “Incredible Hulk”, a green concoction made of apple, banana, lemon, spinach and spirulina - an algae touted as a nutritious dietary supplement. Some are dressed in pyjamas, while others are in colourful outfits, carnival fashion or in fancy dress as tigers, bears and horses. Babies and children can “rave” for free - provided the infants wear earmuffs against the pulsing club music.

Moyo says Morning Gloryville started a year and a half ago, and had about twenty-six people at the first event. Today, it attracts a thousand people per event, and is in 16 cities all over the world, including Bangalore, New York, Paris and Tokyo.

I hope it’s a start of something a lot bigger. It’s way more fun than going to the gym. It’s a rave for four hours and then to go to work it’s brilliant. 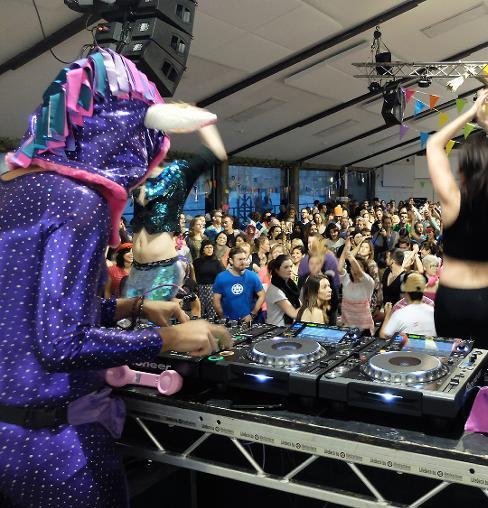