Russia’s Gazprom has hit Ukraine with a “pay upfront” policy for gas delivery after Ukraine failed to pay at least part of its gas debts by a 06:00 GMT deadline. Gazprom said in a statement that Ukraine’s state-controlled Naftogaz had also failed to pay for June deliveries, suggesting supplies could now be cut. This could potentially disrupt gas flows to the European Union via Ukraine. The breakdown of the talks is likely to increase political tensions that have mounted in the past few days between Kiev and Moscow as Ukrainian government forces clashed heavily with pro-Russian separatists in east Ukraine.

Starting today, the Ukrainian company [Naftogaz] will only get the Russian gas it has paid for.

Moscow says Ukraine has a total of more than $4bn in gas debts and wants almost half that sum paid by 06:00 GMT. European Energy Commissioner Guenther Oettinger said he had made a compromise proposal during the talks, which resumed late on Sunday, but Moscow had declined the offer. The impact of gas supply cuts would not initially be huge because it is summer and Ukraine and the EU have enough gas in storage to cope, but each would fear cuts in the winter. 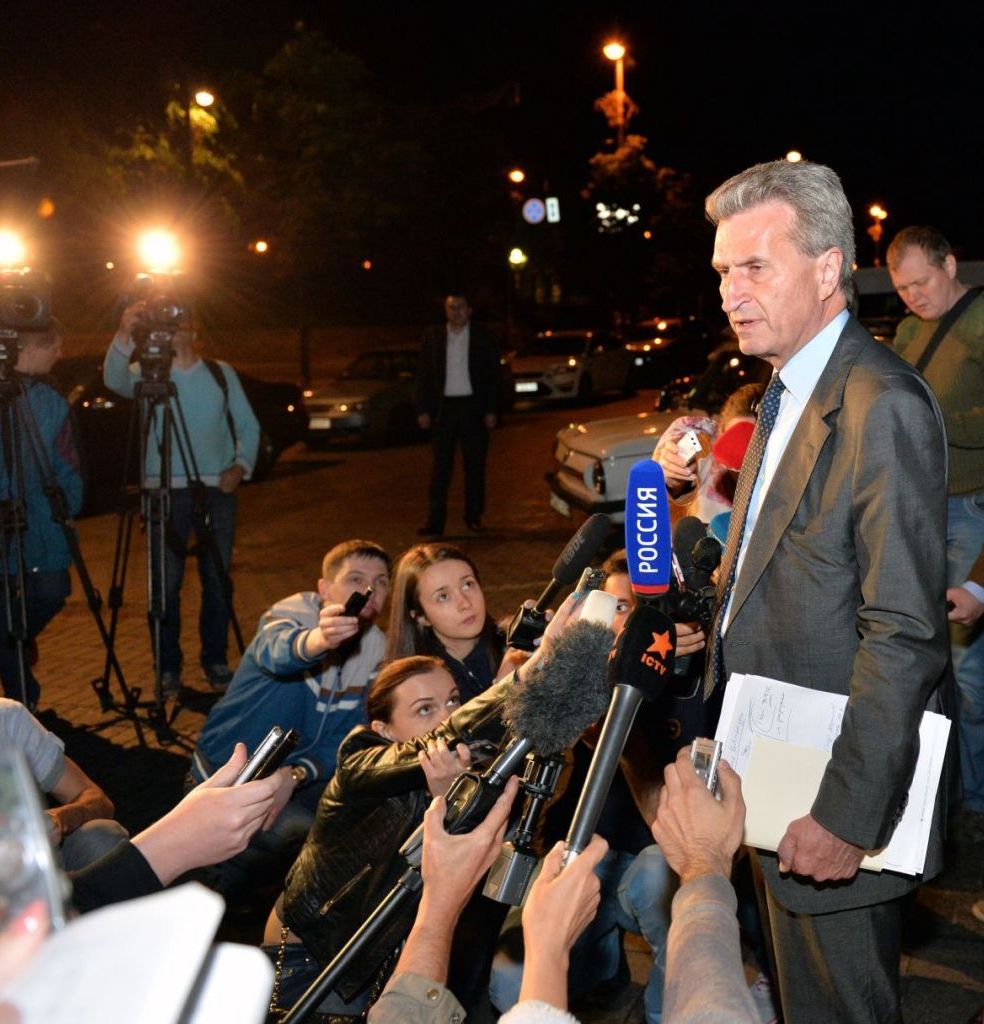