Mario Goetze’s World Cup-winning left shoe has fetched a donation of 2 million euros (nearly $2.5 million) at a children’s charity gala in Germany and is headed for a museum. The Bayern Munich player scored Germany’s winning goal against Argentina with his left foot during extra time in the World Cup final in July. Goetze had offered the boot to whoever made the highest bid during an annual charity gala, “A Heart for Children,” on ZDF public television Saturday night. An anonymous donor gave 2 million euros. Germany coach Joachim Loew said the shoe will be exhibited next year at the new German Football Museum in Dortmund.

Goetze, speaking earlier this year about his match-winning goal

The 22-year-old attacking midfielder, who had been on the bench for the national team, was called in as a substitute during the second half of the 2014 FIFA World Cup final. With seven minutes of extra time before the final whistle remaining, Goetze controlled a pass on his chest and volleyed in for a 1-0 victory over Argentina. The goal gave the Germans their first World Cup title since 1990. 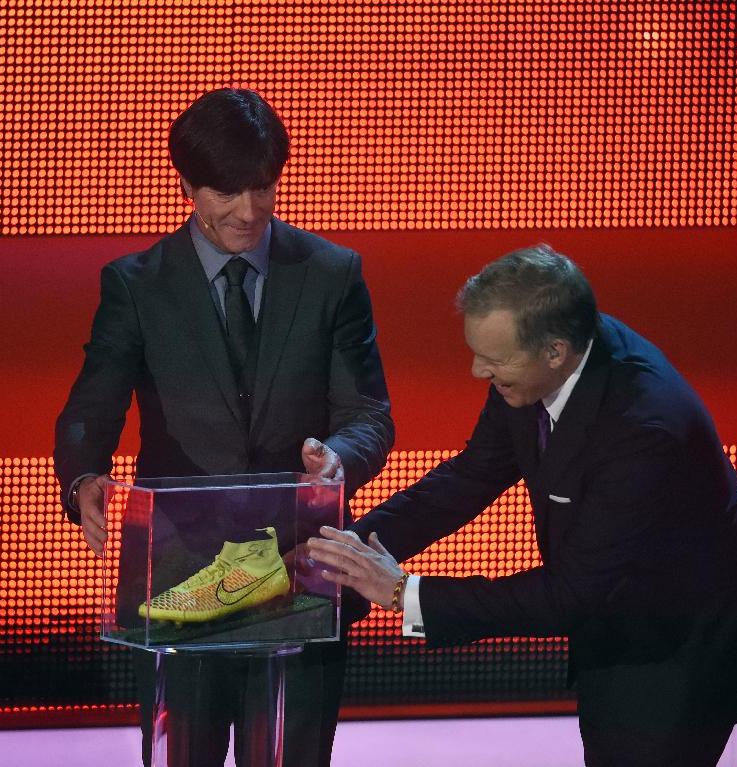