Germany’s World Cup squad have arrived home after Sunday’s victorious 1-0 win over Argentina. The flight from Rio de Janeiro landed shortly after 8am with Golden Glove winner Manuel Neuer tweeting a picture of himself on the flight deck, clutching the trophy. Thousands of supporters gathered at Tegel airport to meet the plane, a Lufthansa jet rebranded “Fanhansa.”

Germany deserves this title, they were much stronger than the other teams.

The team’s celebrations included an open-top bus parade toward Berlin’s Brandenburg Gate, the symbol of German unity since the country ended its Cold War division in 1990, and the last year a German team won the tournament. Sunday’s nail-biter, an extra-time win over Argentina marked the first time a side representing both the west and the former communist east brought home the trophy. Fans waved flags, with many wearing jumpers marked Mueller, Schweinsteiger, Podolski, Goetze and Lahm after the star players. 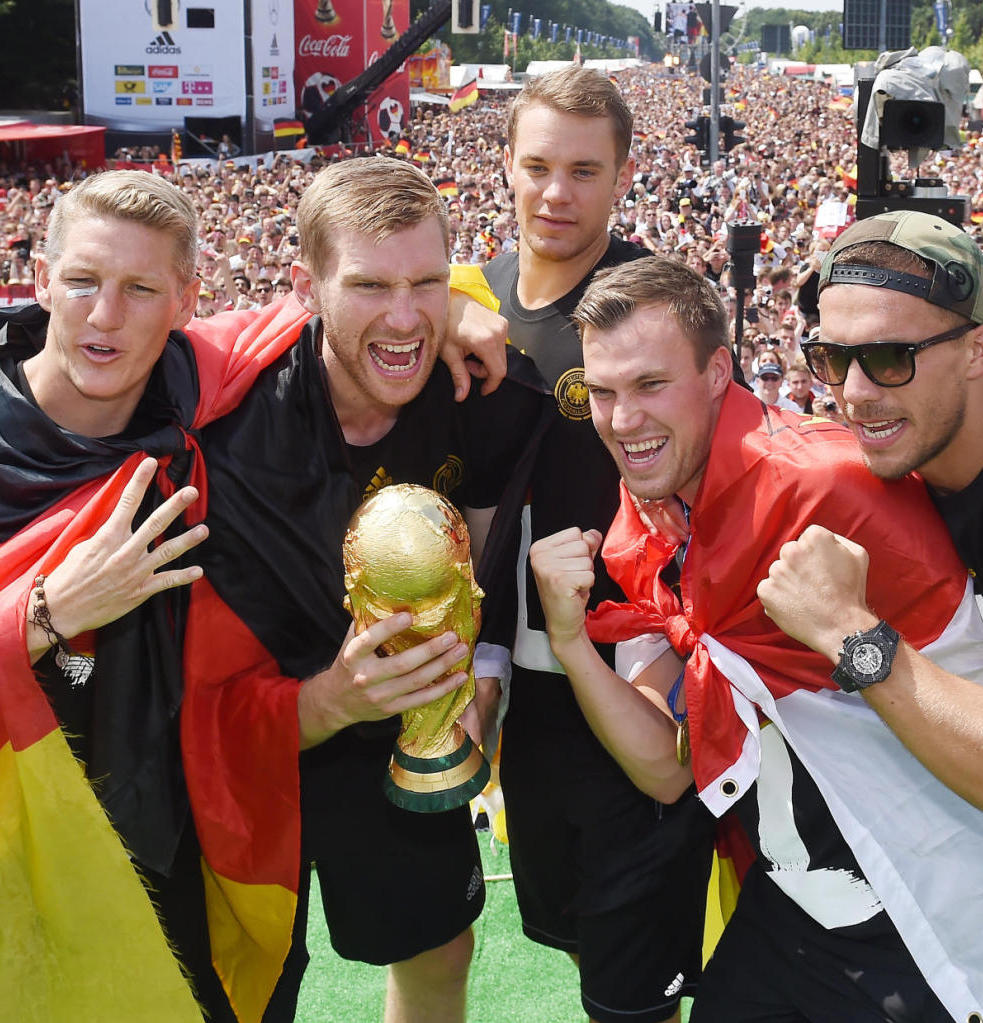