Google: Except for child pornography, we don’t snoop your email looking for crimes

Google isn’t searching your emails for other crimes, the company told Business Insider, even though a registered sex offender was recently arrested after Google tipped off authorities to alleged child pornography images in the man’s Gmail. And it can’t mistake an innocent photo for an illegal one, but it does look for illegal imagery. Internet companies have worked with the The National Center for Missing & Exploited Children to create a database of child pornography pictures. Each one of those is given a unique numerical number like a fingerprint, known as a “hash” in the tech world. When Google scans Gmail or the web, it is looking for those fingerprints and if it finds anything suspicious, it reports it.

Sadly all Internet companies have to deal with child sexual abuse. It’s why Google actively removes illegal imagery from our services … and immediately reports abuse.

Google’s Terms of Service – like many other internet providers – tell you that you must follow the law when using its services and warns you that it analyzes your email and other documents you upload to serve you ads and perform services like scanning for viruses. A source close to Google told Business Insider that the hash technology that Google, Facebook, and others use to scout out child pornography was developed by Microsoft. 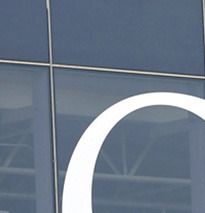