At least five people have been killed in a new attack on Kenya’s coast, officials said Tuesday, one week after some 60 people died in twin massacres nearby. The attack took place overnight on a small village near the town of Witu, some 40 kilometres on the mainland west of the tourist island of Lamu. There was no immediate claims of responsibility.

I am aware that a gang that is unknown attacked Taa village in Witu division yesterday [Monday] night and killed five people.

Somali militant group al-Shabaab claimed responsibility for last week’s attacks on the Mpeketoni area, but Kenyan President Uhuru Kenyatta dismissed al-Shabaab’s account and said local politicians were behind it. At least 20 people were killed over the weekend in northeastern Kenya in ethnic clashes, the latest in a series of revenge attacks between rival Somali clans that have killed over 80 people and forced over 75,000 people from their homes since May. 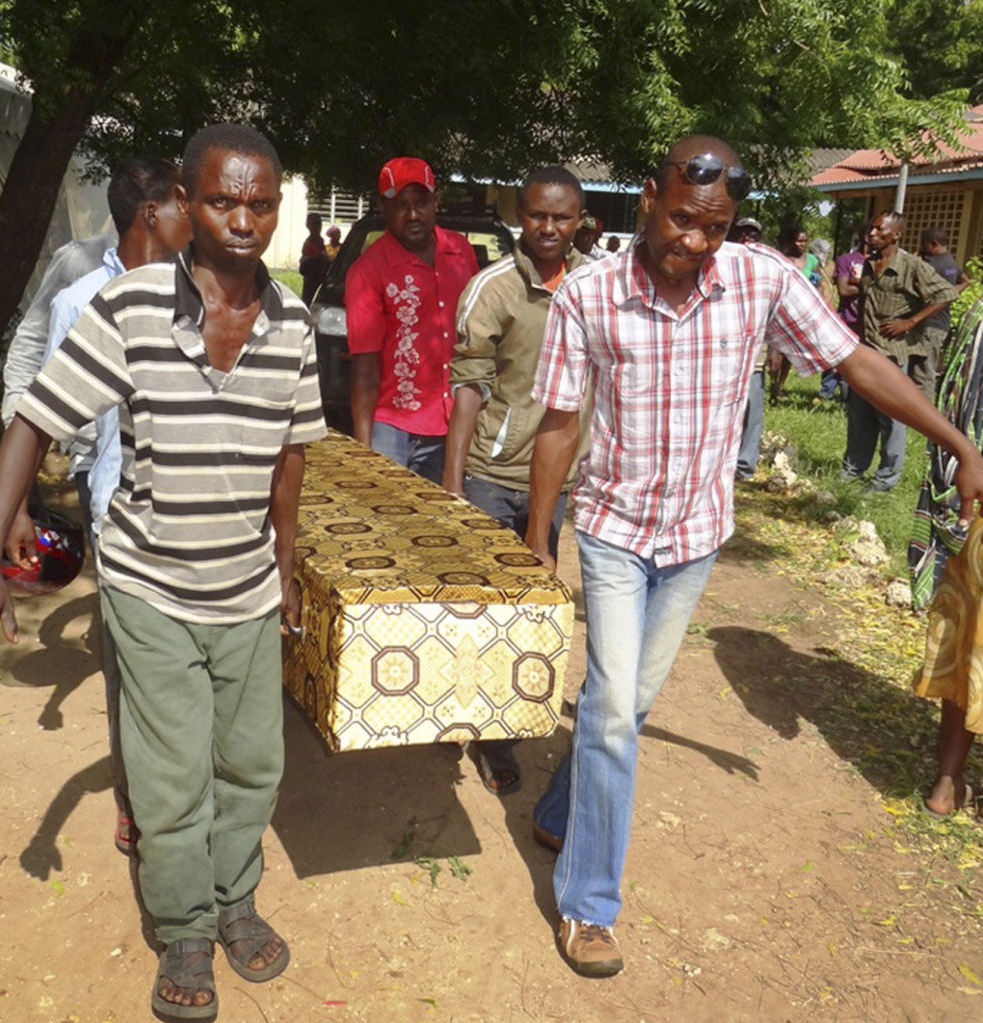