Authorities in Missouri on Thursday stood by their earlier decision to withhold the name of the police officer who fatally shot an unarmed black teenager, but denied he was the person identified online by a hacker activist. Demonstrators and the family of the victim, 18-year-old Michael Brown, have called on police to release the name of the officer, but officials have refused to do so, citing security concerns. Among the concerns, they said, are online threats from the hacker group Anonymous, which has said it would release personal information about the police officer involved and on Thursday identified him by name in a Twitter post.

We can’t let anonymous groups or even public groups pressure us into doing anything we don’t think we should do.

In Ferguson, protesters have gathered every night since Brown was fatally shot on Saturday in the mostly black suburb of St. Louis during what authorities said was a struggle over a gun in a police car. Some witnesses say he was outside the car with his hands up. Police in Ferguson fired tear gas, stun grenades and smoke bombs on Wednesday night to disperse some 350 protesters, the fourth night of racially charged demonstrations. Protesters have said the lack of transparency by police investigating the incident — including the refusal to release the officer’s name — have added to already high tensions. 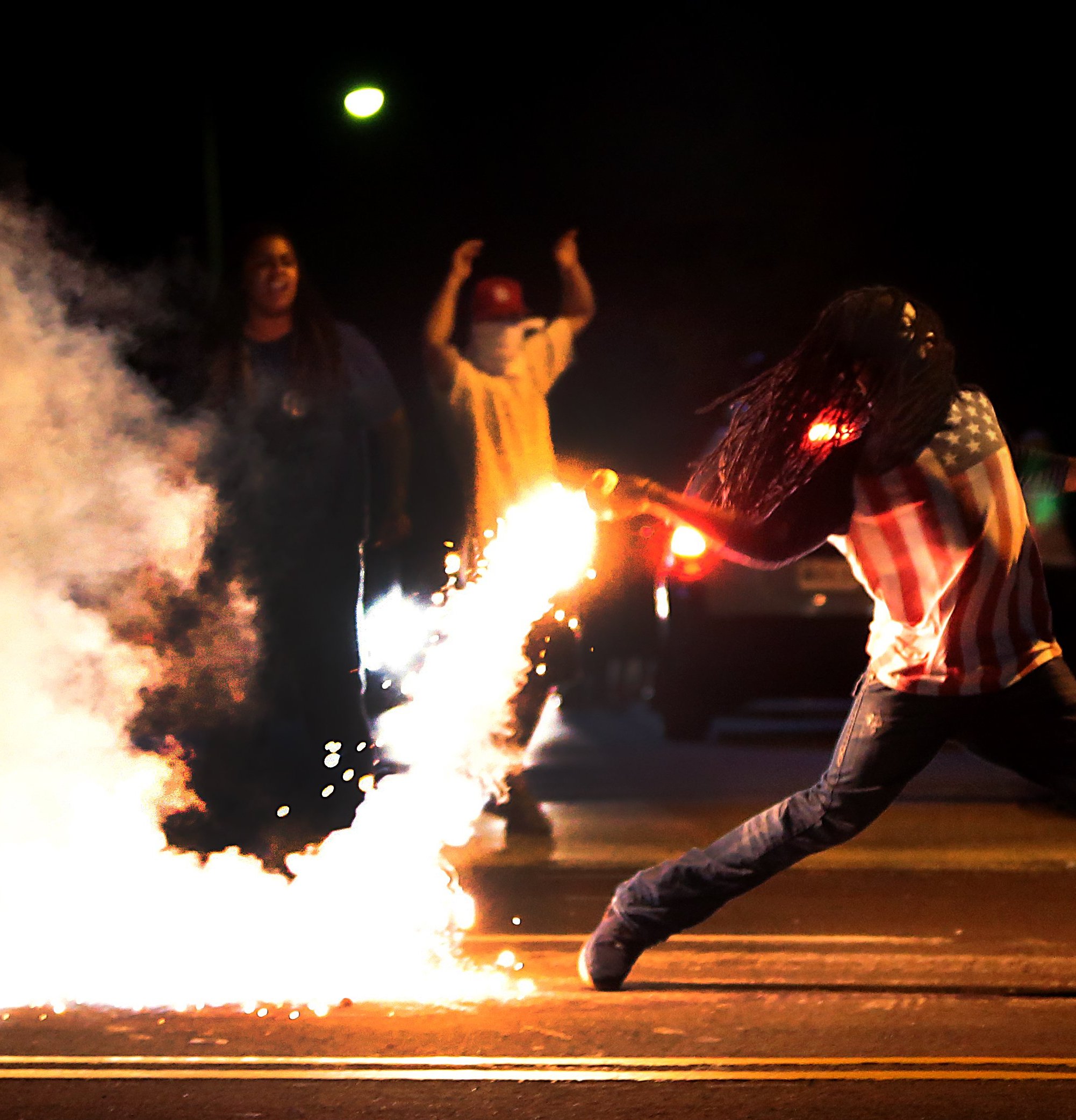