Early villains have emerged in the next James Bond film ‘SPECTRE’: hackers who stole a version of the screenplay as part of a devastating cyberattack on Sony Pictures. Producers of the James Bond films said they learned on Saturday morning that an early version of the ‘SPECTRE’ script was among material stolen and made public by hackers who infiltrated computers at the Sony studio. Sony warned that the script is protected by UK copyright laws. ‘SPECTRE,’ starring Daniel Craig as 007, is set for release on Nov. 6, 2015. Filming began this month after producer Barbara Broccoli and director Sam Mendes unveiled the title, cast and new car, but little about the plot.

I was so excited to tell this story but to explain why, I would have to tell you the plot and I can’t do that.

The Bond franchise is one of the most lucrative for Sony Pictures and the last installment ‘Skyfall’ brought in $1.1 billion worldwide, more than any other Bond film. A Sony spokesman said news reports that the cyberattack forced the studio to stop production on films, including ‘SPECTRE,’ were wrong. Hackers launched an attack on the Sony Corp. entertainment arm on Nov. 24, disabling the computer network and stealing and leaking a trove of sensitive information in the most severe cyberattack on a company on U.S. soil. The identity of the hackers has yet to be determined. 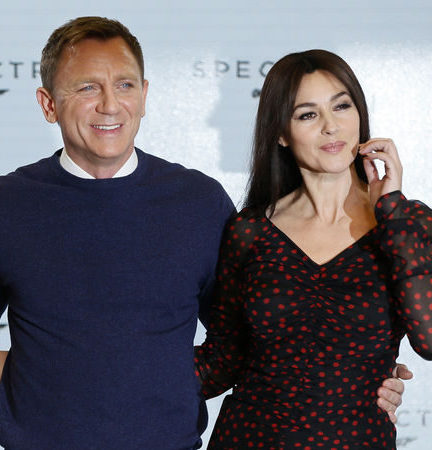