A Palestinian from the militant group Hamas was shot dead when he threw a grenade at forces carrying out an arrest raid in the West Bank hours after the discovery of the bodies of three Israeli teenagers who were abducted over two weeks ago. Tensions have soared since the bodies were found, with Israeli Prime Minister Benjamin Netanyahu blaming Hamas and warning it “will pay,” while militants in the Hamas-controlled Gaza have stepped up rocket attacks, drawing Israeli retaliatory air strikes and risking a wider conflict.

We see Hamas responsible for the kidnappings and murders. We will continue to pursue the murderers of the teens and will not rest until we lay our hands on them.

Eyal Yifrah, 19, Gilad Shaer, 16, and Naftali Fraenkel, a 16-year-old with dual Israeli-American citizenship, were abducted on June 12 while hitchhiking home from the Jewish seminaries where they were studying near the West Bank city of Hebron. The teens’ bodies were found Monday evening after 18 days of intense searches. Hamas, which has kidnapped Israelis in the past, praised the abduction of the teenagers but did not take responsibility for it. In Gaza, Hamas spokesman Sami Abu Zuhri warned Israel against any broad offensive against the group, saying it would “open the gates of hell” on Israel. The man killed Tuesday was the first casualty since the bodies were found.

Today is really a national mourning day in Israel. 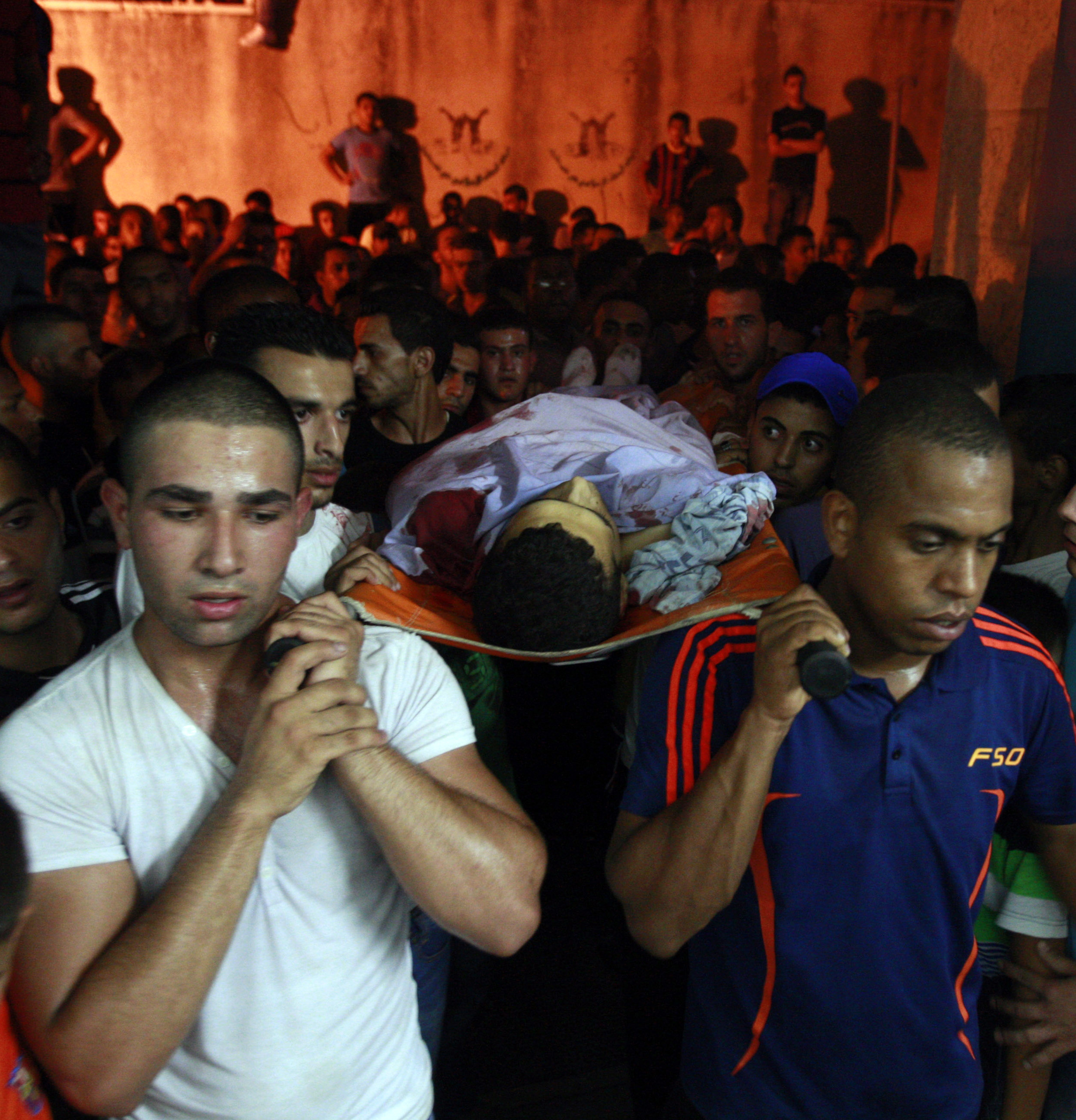