Has North Korea developed a missile capable of reaching the U.S.?

Fresh satellite images suggest North Korea might be wrapping up engine trials on an intercontinental ballistic missile (ICBM), fuelling speculation of a full-scale flight test to come, a U.S. think tank said Wednesday. Development of a working ICBM would be a game-changing step, bringing the continental United States into range and adding a whole new threat level to the North’s regular nuclear-strike warnings.

The rocket engine test program may wind down by the end of this year. If the engine tests are concluded, the next stage in development of the KN-08 road-mobile ICBM may be full-scale flight tests of the missile.

Expert opinion is split on just how much progress North Korea’s missile development programme has made. Over the past month or so, North Korea has conducted a series of short- and medium-range missile tests, which were largely seen as a muscle-flexing exercise in response to South Korea-U.S. joint military drills. But it has yet to conduct a test that would show it had mastered the re-entry technology required for an effective ICBM. 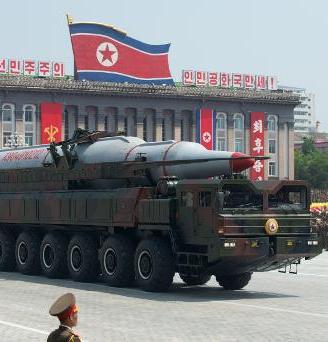