A Florida family scavenging for sunken treasure on a shipwreck has found the missing piece of a 300-year-old gold filigree necklace sacred to Spanish priests, officials said on Tuesday. Eric Schmitt, a professional salvager, was scavenging with his parents when he found the crumpled, square-shaped ornament on a leisure trip to hunt for artifacts in the wreckage of a convoy of 11 ships that sank in 1715, during a hurricane off central Florida’s east coast. After the discovery last month, a team of Spanish historians realised the piece fit together with another artifact recovered 25 years ago. It formed an accessory called a pyx, worn on a chain around a high priest’s neck to carry the Communion host. The dollar value is uncertain.

It was our follow-up to our big find. It’s been there 300 years, and it’s still intact. It’s just amazing that it’s not broken.

Schmitt, who lives near Orlando, last year discovered about $300,000 worth of gold coins and chains from the same wreckage. Schmitt’s parents have hunted for sunken treasure as a hobby for a decade. 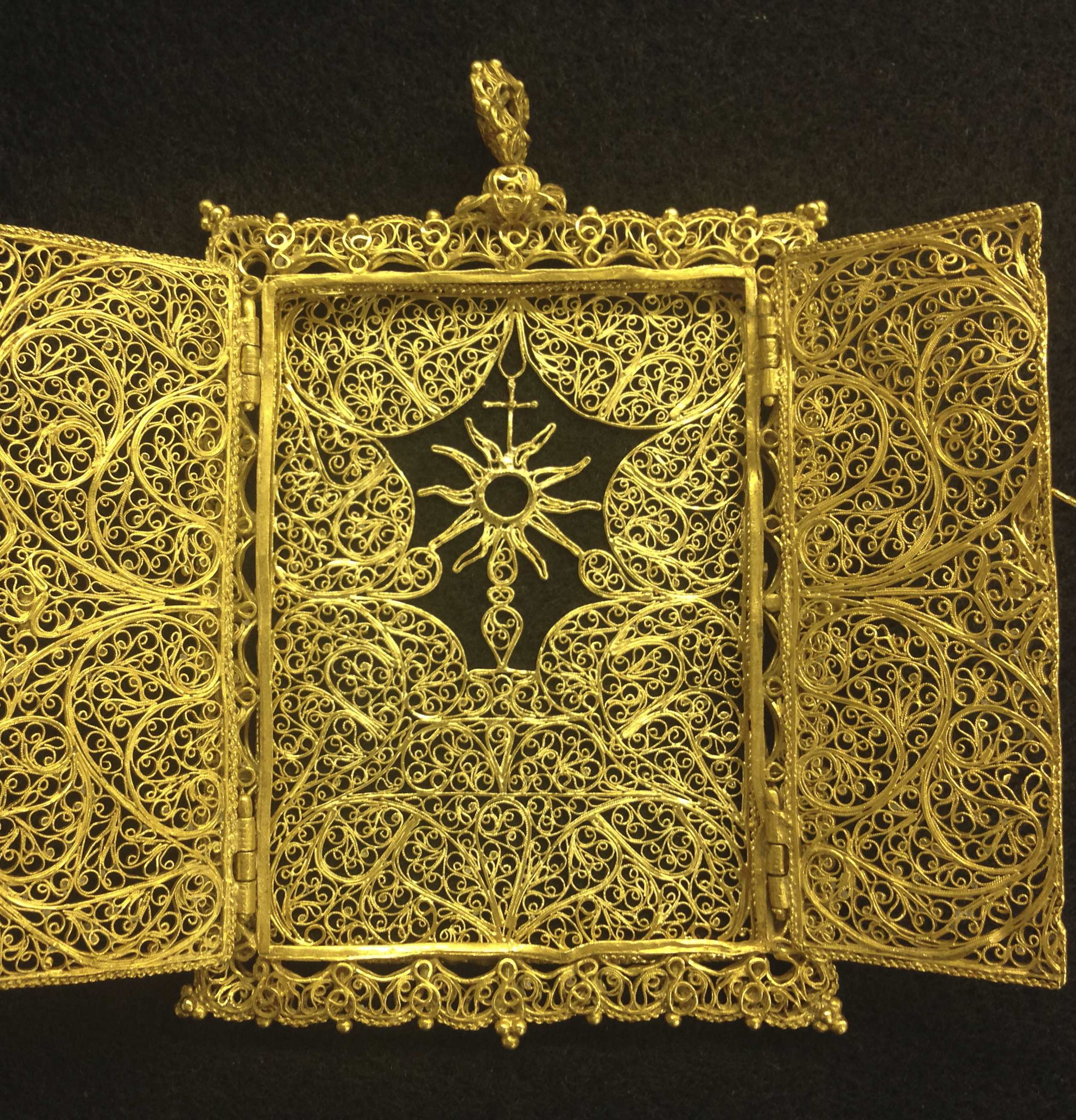