Torrential rains and floods hit Bulgaria on Thursday, killing at least 10 people, cutting off electricity, blocking roads and sparking evacuations, officials said. Heavy rainfall in the Black Sea resort city of Varna triggered a flood wave late on Thursday in one of its low-laying suburbs that killed at least 10 people, the mayor of Varna told the national radio. TV footage showed smashed cars on top of each other on the streets of the suburb, where a state of emergency was declared.

The tragedy is enormous. I am here on a street in the suburb of Aspruhovo. The street is not here, the houses are not here, there are cars on top of each other.

Electricity in the suburb was cut off, the mayor said. In central Bulgaria, firefighters evacuated 11 people from the top of their houses in the town of Kilifarevo, police said. Weather forecasters said the rains that fell in the eastern regions of Varna and Burgas in the past 24 hours equalled the usual amount per month and warned new rainfall and thunderstorms were expected in northern and eastern Bulgaria on Friday. 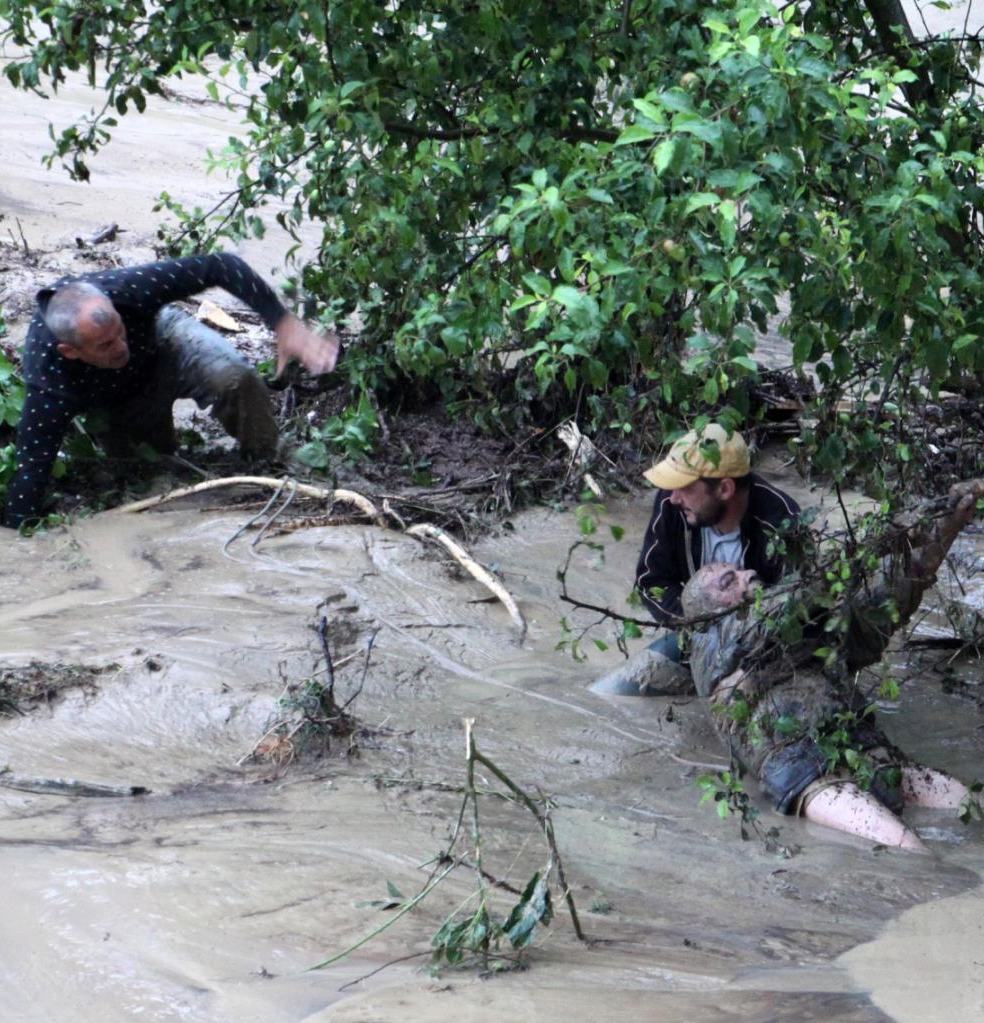