For one hundred and twelve minutes, Germany and Argentina battled away without managing to break the deadlock. Right up till extra time, Argentina looked the more dangerous team and the one likelier to steal a win. Then, with two quick and sublimely deft touches, Mario Goetze ended Germany’s 24-year wait for another World Cup title. Goetze, who came in for Miroslav Klose and wasn’t born when West Germany beat Argentina in the 1990 final, controlled a cross with his chest in the 113th minute and in one fluid motion volleyed the ball past goalkeeper Sergio Romero and inside the far post from five yards out. It was a goal that gave Germany its fourth World Cup title in its eighth final, and left Argentina star Lionel Messi still walking in the shadow of his compatriot Diego Maradona, who led his country to the 1986 title.

It’s incredible. The team did it beautifully. At some point we’ll stop celebrating but we’ll still wake up with a smile.

For Germany, the win ends a string of near misses since winning its last major title at the 1996 European Championship while Argentina, who had not been back in the final since that 1990 loss, has now been beaten by Germany in the last three World Cups. Back home in Europe, the German nation erupted in ecstasy, with fans dancing the night away. Fireworks exploded across Berlin as supporters cheering the 1-0 victory thronged the streets and honking cars snaked their way through crowds, with black, red and gold German flags flapping in the wind. 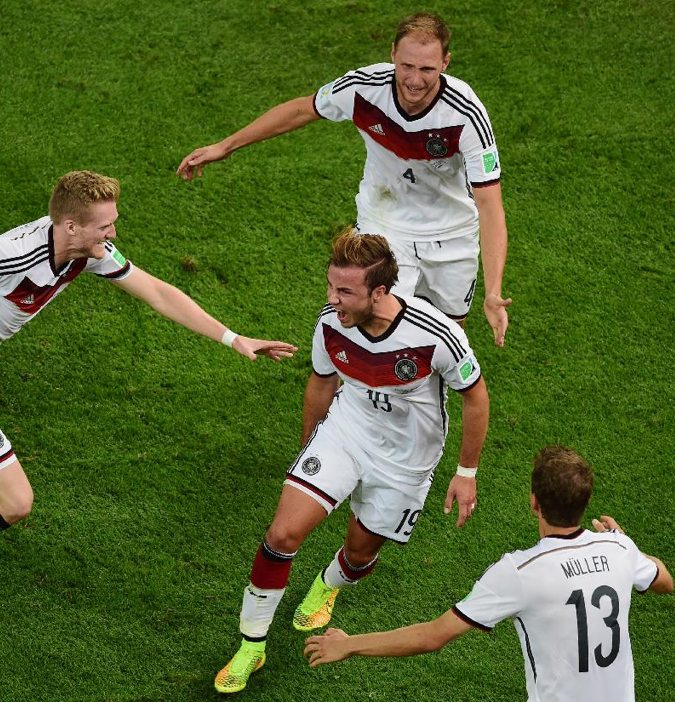