Hong Kong publishing tycoon Jimmy Lai, an outspoken critic of Beijing, has stepped down as editor-in-chief of the Apple Daily after being arrested for refusing to leave a key pro-democracy protest site in the centre of the city. The media magnate’s resignation was reported on Friday via a video clip on the publication’s website. Lai’s company Next Media Ltd also confirmed that he had been detained. Lai’s role as the main financial patron of the pro-democracy movement since Hong Kong’s 1997 handover to Communist Party rulers in China has come under scrutiny. In September Lai visited the territory’s anti-corruption agency on Wednesday, after a recent raid on his home.

This is not the end of the movement. The political awakening amongst the young is irreversible and we will fight on.

Police cleared the main protest site in near the Central business district and reopened the multi-lane highway by Thursday night, ending one of the most serious challenges to China’s authority since the 1989 pro-democracy demonstrations and bloody crackdown in and around Beijing’s Tiananmen Square. As police cleared the last handful of protesters parts of the site reopened to traffic for the first time since September. Those making a last stand were the remnants of what once numbered tens of thousands of people at the height of the protest movement, before public support waned. 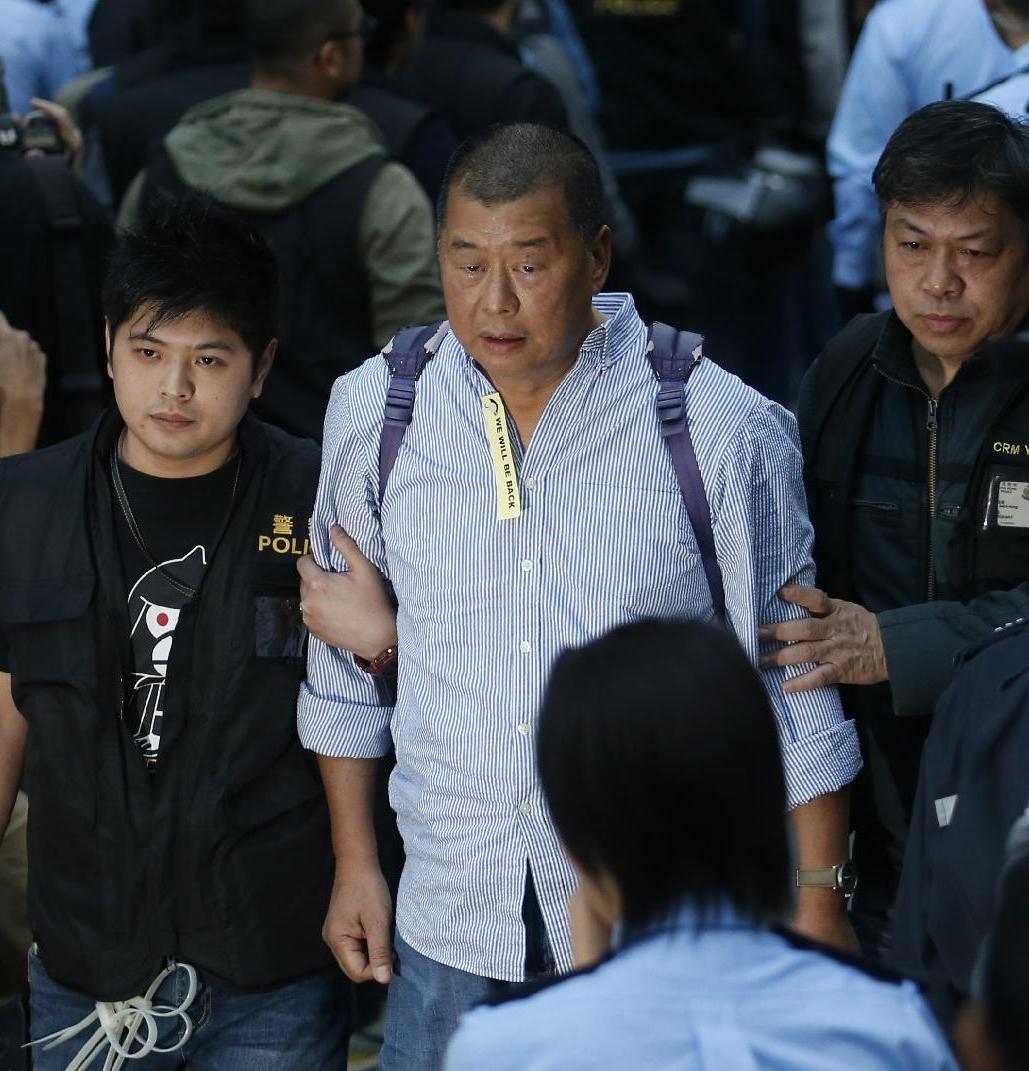