Facing intense pressure to avoid a government shutdown, the US House of Representatives passed a $1.1 trillion federal spending bill, sending it to the Senate barely two hours before a midnight deadline. The 219-206 vote followed a bruising day of arm-twisting by the White House after dozens of Democrats revolted over pro-Wall Street and campaign-finance riders in the bill, dramatically splitting with President Barack Obama over the legislation that funds most federal operations through September. Senate Majority Leader Harry Reid said immediately after the vote that his chamber will take up the must-pass legislation Friday. The two chambers will therefore need to pass a short-term extension to keep government open beyond Thursday’s witching hour. The spending package would fund most federal operations through September 30, the end of the 2015 fiscal year.

We don’t like lobbying that is being done by the president or anybody else that allows us to… give a big gift to Wall Street. We’re going to fight it. We’re fighting anybody who is lobbying to tell people to vote for this bill.

Progressive Democrats were furious over a clause buried deep in the 1,603-page bill that rolls back key financial regulations on Wall Street. Top House Democrat Nancy Pelosi joined the revolt. In a stunning rebuke of Obama on the House floor she blasted as “blackmail” the effort to shred reforms in the so-called Dodd-Frank law that prevents big banks from making risky derivatives trades protected by taxpayer-insured funds. Pelosi and others argued that the change opens the door to another big bank bailout that rescued foundering financial institutions during the worst of the Great Recession. That, Democrats fear, could lead to a repeat of conditions that fueled the financial crisis of 2007-2008. Fifty-seven Democrats ultimately joined most Republicans in supporting the measure. 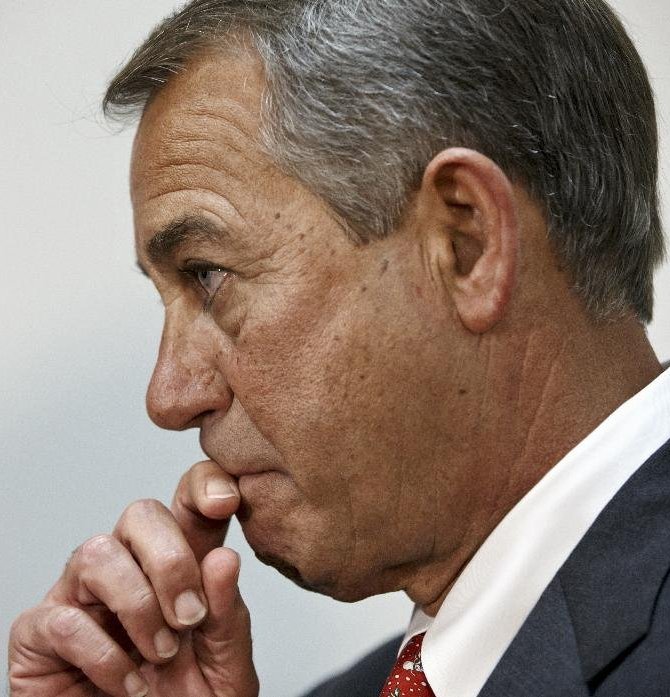