Hollande and Putin meet in Moscow for unscheduled Ukraine talks

French President Francois Hollande met Russia’s Vladimir Putin Saturday, making a surprise stopover in a Moscow airport in an attempt to defuse mounting tensions over Ukraine. Hollande is the first Western leader to visit Russia since the beginning of the crisis, which caused the European Union and the United States to impose punishing sanctions on Moscow for supporting pro-Russian rebels in eastern Ukraine. The two are meeting in Vnukovo airport near Moscow in a terminal used by the Kremlin and other Russian officials, and are likely also to discuss the refusal by Paris to deliver two massive Mistral-class warships to the Russian navy.

There are times when we need to seize opportunities. This is such a time.

Putin concurred that there are “difficult problems” at hand, but expressed certainty that the “short, working visit can without a doubt contribute to the resolution of many problems”. Hollande is on his way home from a visit to Kazakhstan, a day after vowing to work towards a “de-escalation” of the crisis, which plunged relations between Moscow and the West to a post-Cold War low as fighting between Kiev’s forces and pro-Russian separatists in eastern Ukraine has caused more than 4,300 deaths. 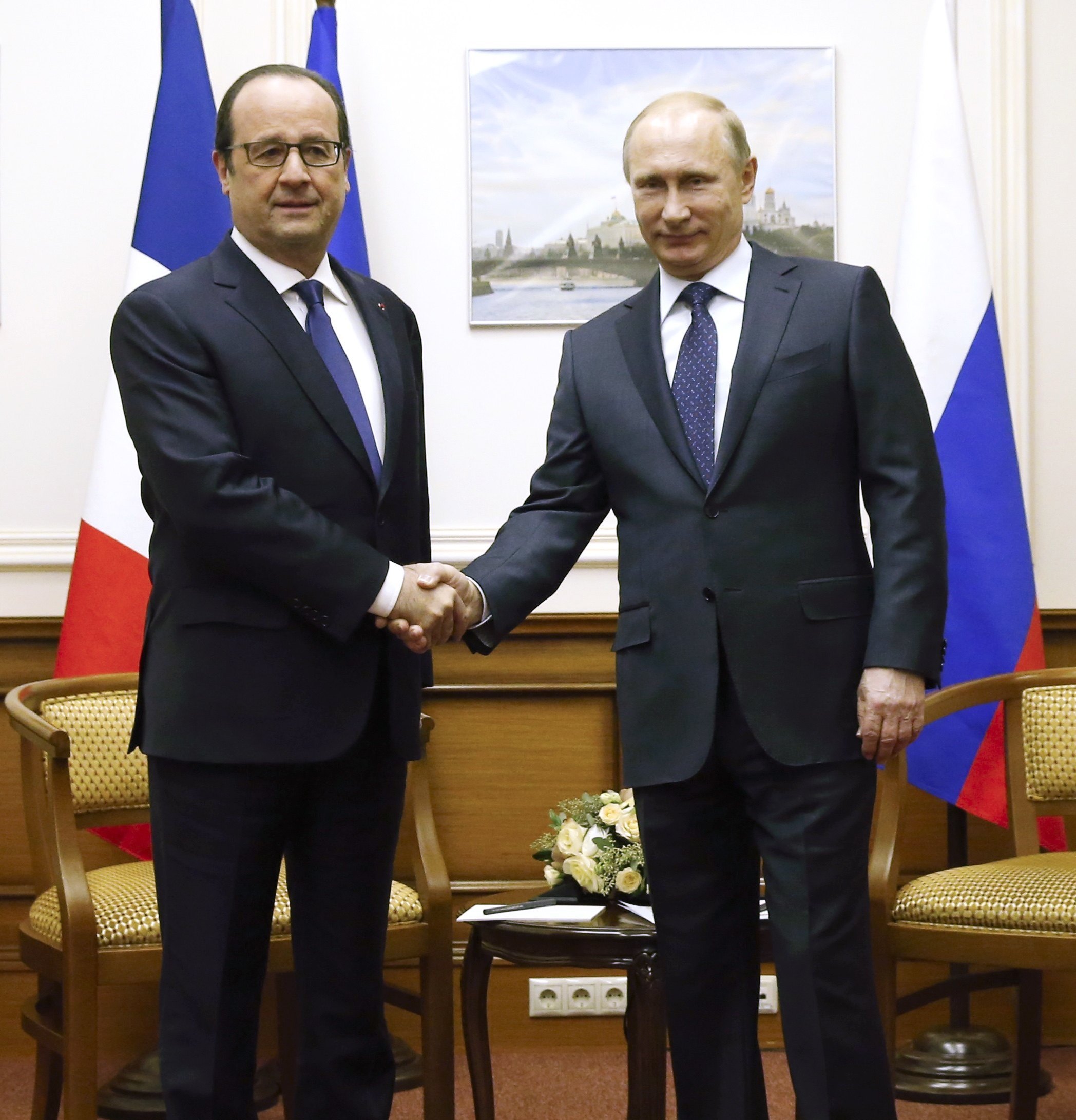