Hollywood tough guy and musician Steven Seagal has played a weekend concert in the Black Sea peninsula of Crimea, appearing on a stage adorned with the flag of pro-Russian separatists in Ukraine. Seagal and his blues band played Saturday at a bikers’ show held in the city of Sevastopol, home to Russia’s Black Sea Fleet. The martial artist has come under fire for supporting Russia’s March annexation of the peninsula from Ukraine, a view which saw him bounced from the lineup at an Estonian blues festival this summer.

A friend and I’d like to consider him a brother.

Steven Seagal on his friendship with Russian President Vladimir Putin

At the corner of the stage hung the flag of the Donetsk People’s Republic (DNR), declared independent by separatist pro-Russian rebels fighting to break away from Ukraine. Fans waved Russian and DNR flags as Seagal sang and played his guitar. The U.S. and European Union have imposed sanctions on Russia over its annexation of Crimea and for allegedly providing weapons and support to the rebels in eastern Ukraine. Seagal said he had traveled to Crimea because music unites people, Russia’s RIA-Novosti news agency reported. 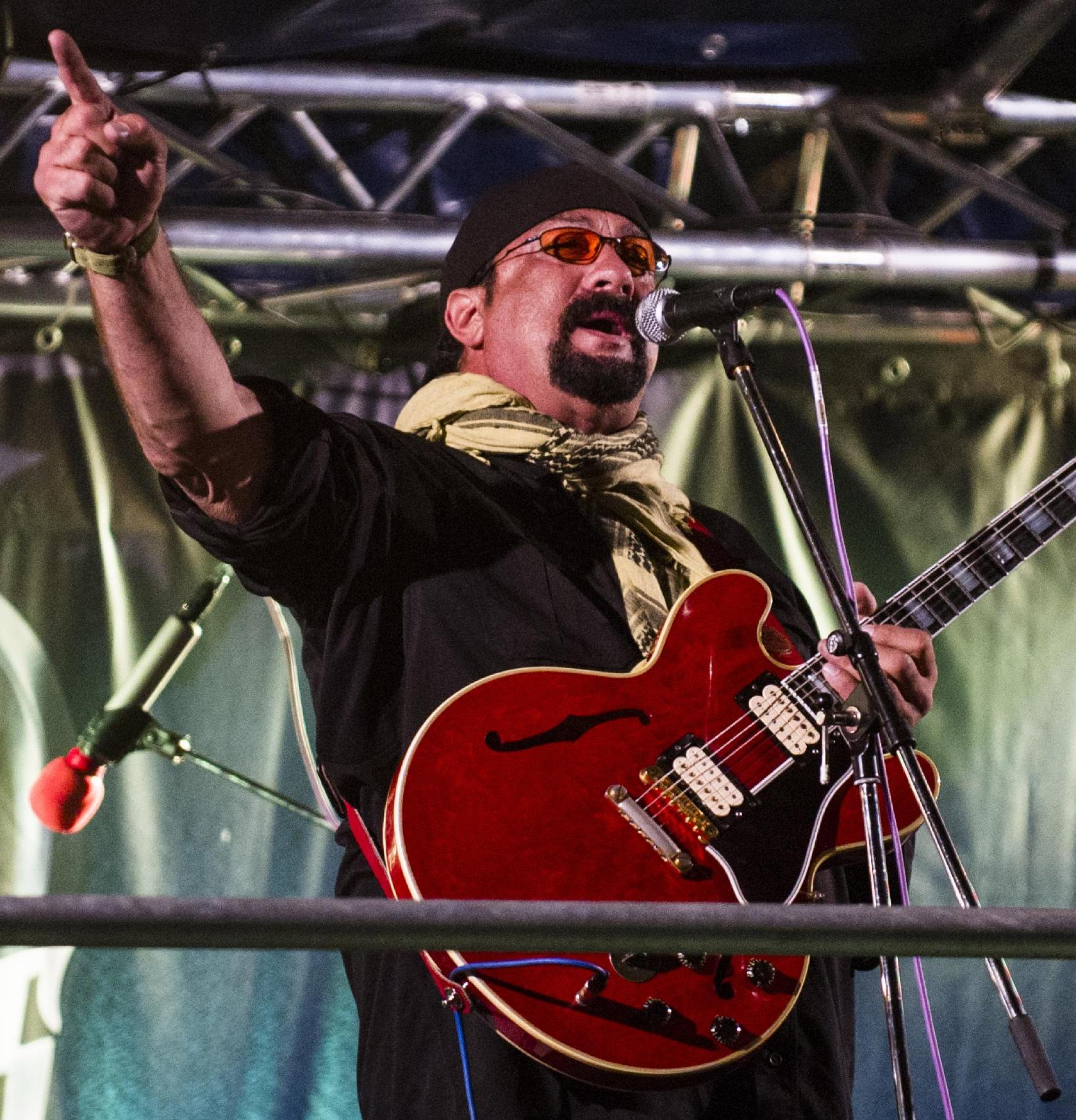