Thousands of pro-democracy activists forced the temporary closure of the Hong Kong government’s headquarters on Monday after they clashed with police outside, defying orders to retreat after more than two months of sustained protests. Chaos erupted as commuters made their way to work, with hundreds of protesters surrounding Admiralty Centre, which houses offices and retail outlets, in a tense stand-off with police. The central government offices and the legislature were forced to close in the morning, as were scores of shops.

The atmosphere in Admiralty is very different now after the clashes last night. It has become very tense, like back to the early days when the protest just started.

Hundreds of riot police scattered the crowds in several rounds of heated clashes overnight, forcing protesters back with pepper spray and batons as some tried to scramble over walls in a crush of bodies on a highway outside government headquarters. The latest flare-up marked an escalation in the civil disobedience movement. It also underscored the frustration of protesters at Beijing’s refusal to budge on electoral reforms and grant greater democracy to the former British colony. The democracy movement represents one of the biggest threats for China’s Communist Party leadership since Beijing’s bloody 1989 crackdown on pro-democracy student protests in and around Tiananmen Square. 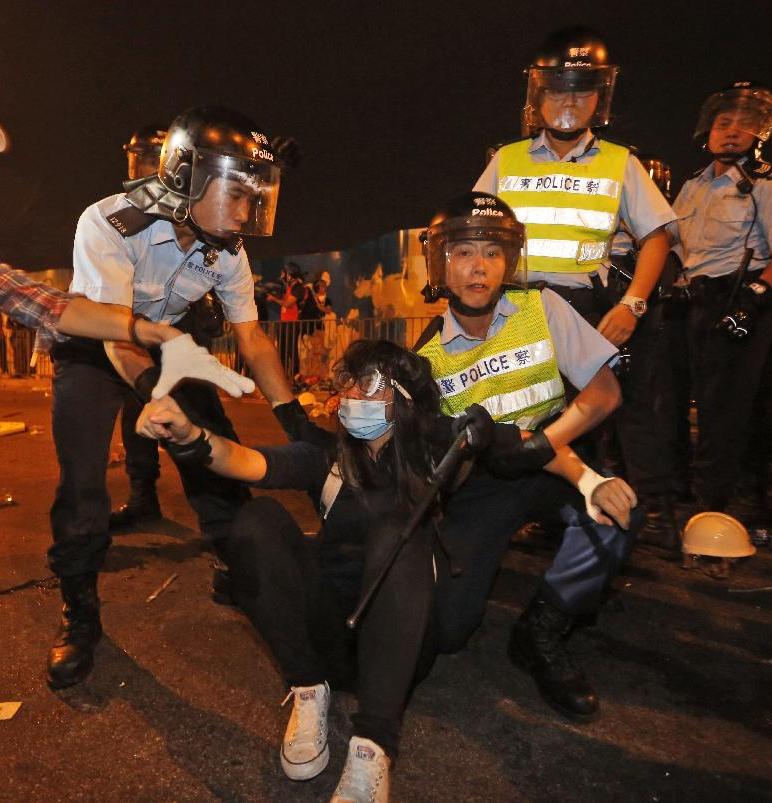